Bullfighting a lifestyle for Hackberry’s Seay 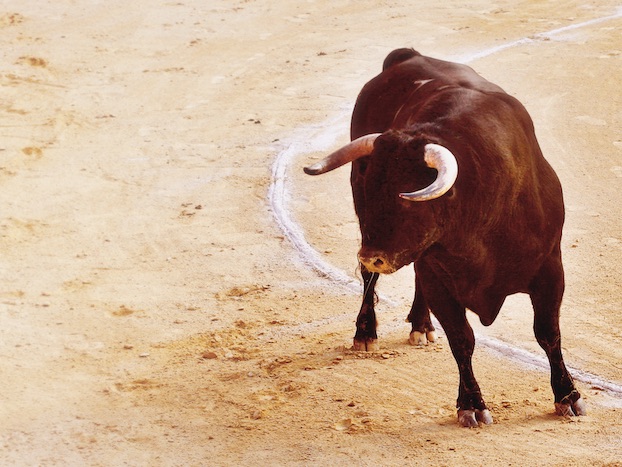 World-class athletes will face off against some of the fiercest bred-to-fight Spanish bulls on Saturday at the West Cal Arena and Events Center in Sulphur.

This is no rodeo clown show, according to the top- ranked Ultimate Bullfighter Sage Seay of Hackberry.

“It is a unique sport that goes back 600 years,” Seay said. “It’s a lifestyle, and the people who choose it are part of the one percent club.”

This marks the third annual Battle in the Boot presented by the Cal Cam Fair Board. The event was scheduled for April 2020, and canceled due to COVID. This year, the board is catching up.

Plan for a weekend of fun that includes the fair, livestock show, pageants, bullfight and at 9:30 p.m. Saturday enjoy the unparalleled music artist Marty Haggard, son of the legendary Merle Haggard.

“Bulls aren’t harmed during the fight or killed at the end like they are at the end of a Spanish bull fight,” said Chuck Kinney, president of the Cal-Cam Board. “It is the same breed of bull. Instead of a red cape, Ultimate Bullfighters wear cleats.”

“I’ve already scheduled to have an ambulance on site,” said Jan Nelson, Cal-Cam Fair secretary and treasurer. “Of course, I hope the only folks that get hooked are fans new to this sport and the only thing that gets kicked up is a lot of dust.”

This is the first time Battle in the Boot will be a UBF-sanctioned event.

“That means the points these guys make will count toward their world title,” Kinney said. “The world finals are scheduled for the end of the year and I promise you, they won’t hold anything back. They’re going to leave it all right there in the ring.”

The number of fighters and bulls has increased each year. This year there are 12. Contenders will be narrowed down to top performers, and those will fight a second round.

Winners are selected based on the combined score of bull and fighter. The bull is judged on difficulty, aggression, speed and willingness to stay engaged with the fighter.

Seay describes these bulls as intelligent and annoyed about being taken out of their usual comfort zone.

Bullfighters are awarded points as they exhibit control over the direction of the bull with fakes, feints, rounds and other treacherous maneuvers. Some fighters perform flips. The winning purse is $2,000. Second, third and fourth place participants will also be awarded cash, in addition to points toward their title.

Fight in the Boot announcer is Rob Smets, six-time world champion bullfighter. Miles Hare, ProRodeo Hall of Famer and past champion bullfighter, will judge along with Kinney, who in the past has worked as a rodeo clown and has been associated with the rodeo/stock business.

Admission is $15. The West Cal Arena and Events Center is located at 401 Arena Road in Sulphur.