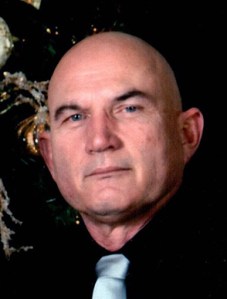 Phillip Ray LeBert was born in Lake Charles, Louisiana on December 16, 1954. He was one of six children born to Hilbert Joseph and Janice Elizabeth LeBert. He attended Washington High School, graduating with the class of 1973.

Shortly after high school, he enlisted into the United States Army serving three years. Upon receiving his first honorable discharge he returned home, where he met his darling, Mary Ann Allenday, and on December 19, 1976, they exchanged wedding vows. On October 31, 1977, he reenlisted, taking a duty station in Bamberg, Germany. He proudly and honorably served his country as a scout in the 2nd Armored Cavalry Regiment of the US Army where he was honorably discharged as a Sergeant in 1981.

He was an electrician by trade and in 1997 started his own business, Service-24 Electrical and Maintenance, LLC. In 2013 he was honored by the Louisiana Procurement Technical Assistance Center, receiving the Louisiana Contractor of the Year Award for his strong work ethic and integrity. In 2015 at the age of 60, he retired, taking every opportunity to spend time with his wife and family.

He will be remembered most for his vibrant personality, generosity, and sense of humor. His years of retirement were spent with those he loved most whether hunting, fishing, camping, passing the time at the Lake Charles Gun Club or traveling. Many memorable summer vacations were spent with the family in Cabo San Lucas. He and Mary frequently took time to travel together to some of their favorite places, including the Georgia Mountains and numerous Caribbean cruises.

He was welcomed into Heaven on October 1, 2021, at the age of 66, by: his father, Hilbert Joseph LeBert; a sister, Janet Hollier; and a nephew, Aaron Doucet.

The family will welcome friends at Miguez Funeral Home in Jennings, LA on Tuesday, October 5, 2021, from 5pm to 8pm. Visitation will resume Wednesday, October 6, 2021, at 9am until the time of service. His funeral, led by Pastor Doyle Evans, will begin at 10:30am with burial to follow at Southwest Louisiana Veterans Cemetery in Jennings, LA.

The family would like to thank Whitney, Rosemary, Jessica, and the rest of the ICU nurses at West Cal Cam Hospital for their compassion and care in Phil’s final days.

In honor of his patriotic spirit, the family invites you to make a donation in his honor to any military non-profit organization.