Southeastern La. puts Cowboys in early hole in ‘The Hole’ 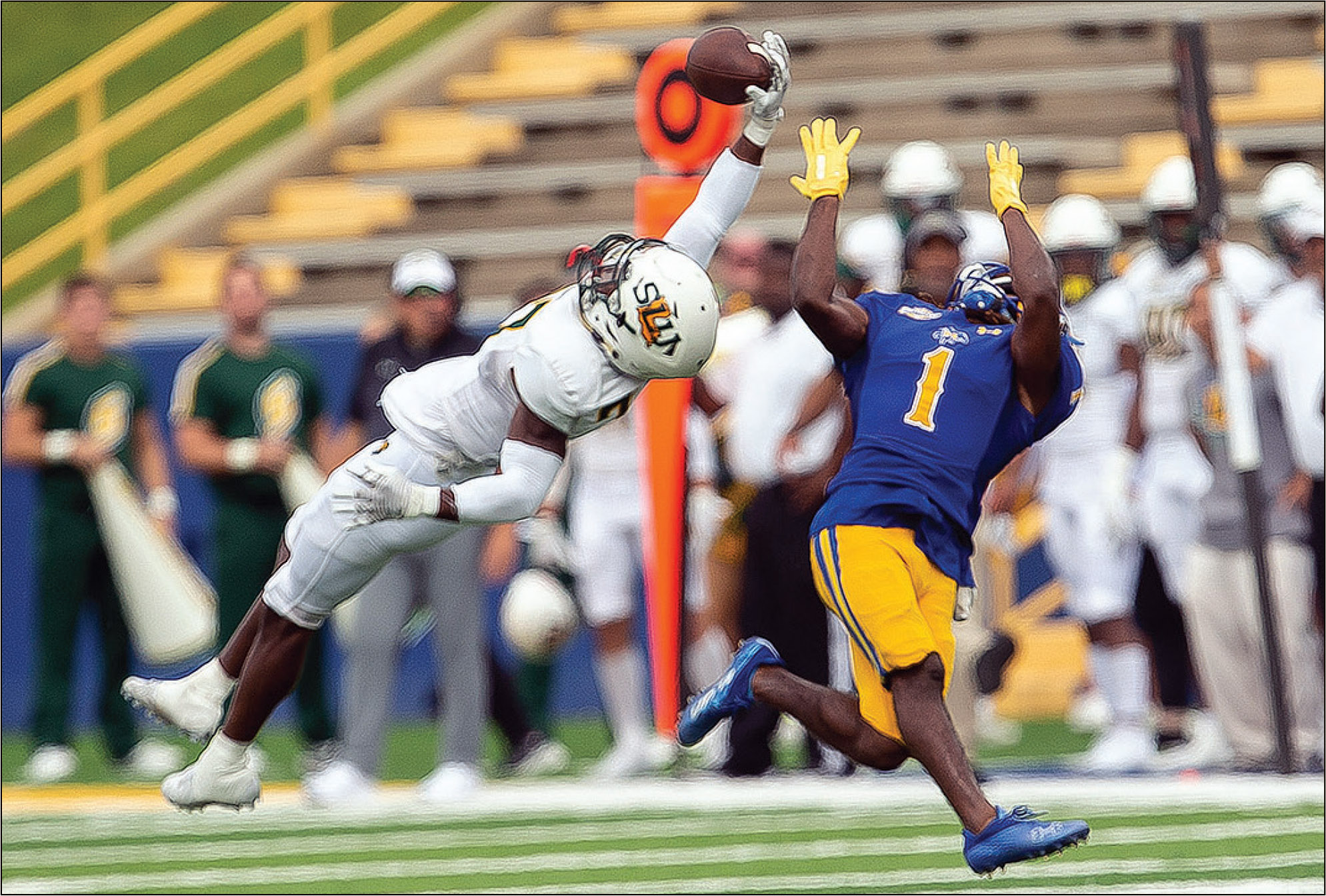 If this were horseshoes or hand grenades it would be one thing, but close in football is simply another loss.

At 1-4 overall and 0-2 in the Southland Conference, McNeese State isn’t into moral victories. The Cowboys want an actual win. The program needs a genuine win.

Dropped passes and missed chances put McNeese in a hole it could not dig out of Saturday as No. 15 Southeastern Louisiana beat the Cowboys 38-35.

“It sucks being 0-2,” said McNeese quarterback Cody Orgeron. “But we showed some fight and explosive plays. We showed what we could do.”

McNeese rallied from a 24-7 halftime deficit to get within a field goal with just over 3 minutes remaining. But the Lions (3-1, 1-0) recovered an onside kick and converted on a fourth-and-1 to run out the clock.

“I feel like we would have scored if we got the ball back,” Orgeron said. “We were rolling and they weren’t going to stop us.”

But another ugly first two quarters proved too much to overcome, as all-American quarterback Cole Kelley led Lions to a huge lead. SLU converted on four third downs with the average distance needed 8.25 yards on its TD drive to end the first half.

“We got to get off the field,” said McNeese head coach Frank Wilson. “We have to make the most of those third-down opportunities both on offense and defense.”

Three dropped passes killed the Cowboys in the first half, giving the ball back to Kelley and company.

“We have to convert those plays and those chances,” Wilson said. “We have to get off to better starts.”

The Cowboys have been outscored 100-30 in the first half of games. McNeese also missed on a 35-yard field goal try by Jacob Abel in the second quarter that would have kept it a one-possession game.

“We are not good enough to overcome those things and leave points on the field,” Wilson said.

Kelley was as good as advertised. The Walter Payton Award winner was 36 of 49 for 391 yards and three scores. Kelley also ran for 65 yards and a touchdown. However, his first pass was picked off by Chris Joyce and McNeese scored on Stephon Huderson’s 1-yard run for a 7-0 lead 2 minutes into the game.

That’s when the offense got a case of the drops and the Lions scored 24 points to end the half. Kelley’s 6-yard toss to C.J. Turner at the back of the end zone on the last play of the half put McNeese down 17.

“They caught us on our heels,” said McNeese linebacker Kordell Williams, who led the Cowboys with 17 tackles. “Once we calmed down and got our heels in the dirt we were fine.”

That’s also when Orgeron and Mason Pierce found their games. Pierce scored twice on passes from Orgeron and ran in another that he set up with a sparkling 66-yard punt return to the Lions 4.

It came after he picked up a rolling punt and raced down the field.

“I saw all of them running past the ball when I ran over, got it and just took off,” Pierce said.

Two plays later Pierce scored his third touchdown, this one a 3-yard run.

Pierce’s 11-yard TD grab from Orgeron with 6:45 left cut the lead to 38-28. Pierce finished with six catches for 79 yards, including a speedy 48-yard slant when he outran the Lions defense the last 40 yards.

Pierce also had 110 yards in kick and punt returns.

“We fell short but we saw flashes of what we can do,” Pierce said.

LSU can prove it’s a contender if its O-line…