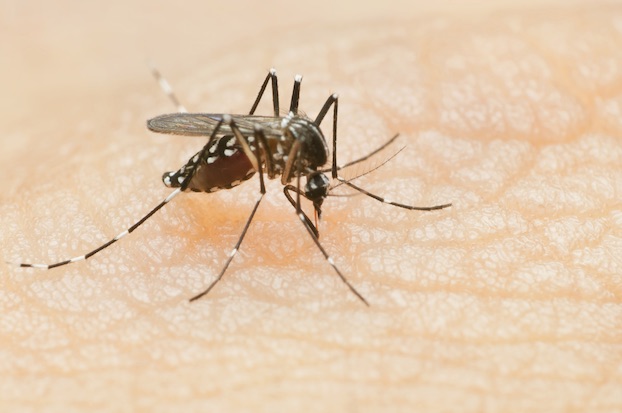 JENNINGS — Recent rain and am tropical systems have set the scene perfectly for an increase in mosquito activity in Jeff Davis Parish.

“Mosquito season typically peaks in late August and September, but the recent rains from Hurricane Ida and Tropical Storm Nicholas, the flooding of fields used for second crop rice and crawfish ponds, has led to an explosion of mosquitoes,” Tonn said.

The typical mosquito seen in the area is the Psorophora columbiae. The female deposits eggs primarily on the damp soil of sunny locations subject to temporary flooding. Mosquito eggs can stay viable for 2-7 years, and many remain dormant until the right conditions for hatching present themselves.

The recent rains and warm temperatures have provided the perfect conditions for mosquitoes to flourish and has led to an increase in mosquito-related calls, he said.

Although the mosquito problem is widespread, the area from Interstate 10 north to the Hathaway area appears to have seen a rise in the mosquito population, Tonn said.

“We ask that the public please be patient,” he said. “Relief is on the way, but it will take some time.”

Mosquito control is currently spraying with two planes and several spray trucks in the late evenings, but multiple applications are needed to control the outbreak, he said. Evening showers and winds higher than 10 mph can hinder the spraying.

Jeff Davis Parish has not reported any cases of mosquito-borne diseases, including West Nile virus or Eastern Equine or St. Louis Encephalitis. Statewide 443 cases have been reported so far this year, according to samples sent to the Louisiana Animal Disease Diagnostic Laboratory.

Residents can help reduce mosquito breeding locations by keeping their grass mowed and getting rid of any straining water outdoors. Residents can also use a barrier spray around their homes and barns.

Residents should also wear long sleeves and pants and use FDA-approved insect repellant on exposed skin when outdoors.

Livestock owners are encouraged to apply spray to their animals or provide them with a grass free, plowed area to rest.