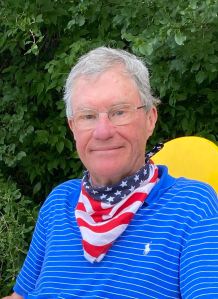 John’s career led him to Thermo Electron Corp (now Thermo Fisher Scientific) in Waltham, MA where he served as President/CEO of Thermedics and President/CEO of Thermo Cardiosystems, two public companies within the Thermo family.  He was also President of Peek Traffic.  John later became President/CEO of Analogic Corp in Peabody, MA.  He continued his career as an active board member at various public and private companies including ESCO Corp, American Superconductor Corp and FLIR Systems.  John received many awards and recognitions throughout his career that he humbly kept within the walls of his office.

Personally, John travelled the world enjoying his passions and interests. His love of aviation led him to owning both fixed wing and rotary aircrafts based at Hanscom field in Bedford, MA. In total, John logged over seven thousand flight hours, piloting over one hundred aircraft models, including jets, turboprops, seaplanes, open cockpit biplanes, helicopters, gliders and balloons. As often as possible, he shared his passion for flying with others, as a helping hand in hangers, offering a sight-seeing ride for a stranger turned new friend or volunteering to deliver Christmas presents as part of the Flying Santas.  A few of John’s favorite runways included Crow Island in Stow, MA, Basin Harbor VT, Currituck County NC, Hampton Airfield NH and Reykjavik, Iceland. John was always interested in meeting new people and often used his wealth of jokes on those in his company. He left a lasting impression on everyone he met.

In recent years, John was rarely seen without a camera and tripod in hand. He specialized in panoramas he loved to share with the world, including the New England Aviation Museum. He kept his engineering talents sharp by transforming aviation components into artwork and furniture that reside in the homes of family, friends and the Massachusetts Air and Space Museum. He was incredibly proud of a writing project turned published book ‘As the Prop Turns: The Soul of an Old Airplane’ in which he researched the history and life of his 1940 Waco UPF-7 biplane.  John would continue to write stories, articles, memoirs and letters regularly. Woven through each of these interests was John’s family.  His loving wife, Mary Kay, co-piloted their adventures both big and small, and they were often accompanied by their two daughters, Jenny and Diana. In his early years, John’s favorite moments included journeys to campgrounds across New England and flying to special parts of Canada with his young family.  Recently he spent time exploring Europe, India, Australia and New Zealand plus annual trips to the Basin Harbor Club in Vergennes, VT and the Outer Banks of NC where precious memories were made.  He treasured time surrounded by his growing family, stealing moments to take photos and fill out logbook entries for his grandchildren.

A private service will be held for his family this fall with a celebration of John’s life to be held in the spring of 2022.  Details will follow and will be shared on the Dee Funeral Home website.

In lieu of flowers, please consider donating to the Young Eagles organization (www.eaa.org/donate).

Arrangements are under the care of Dee Funeral Home & Cremation Service of Concord, MA. To share a remembrance or to offer a condolence in John’s online guestbook, please visit www.DeeFuneralHome.com.