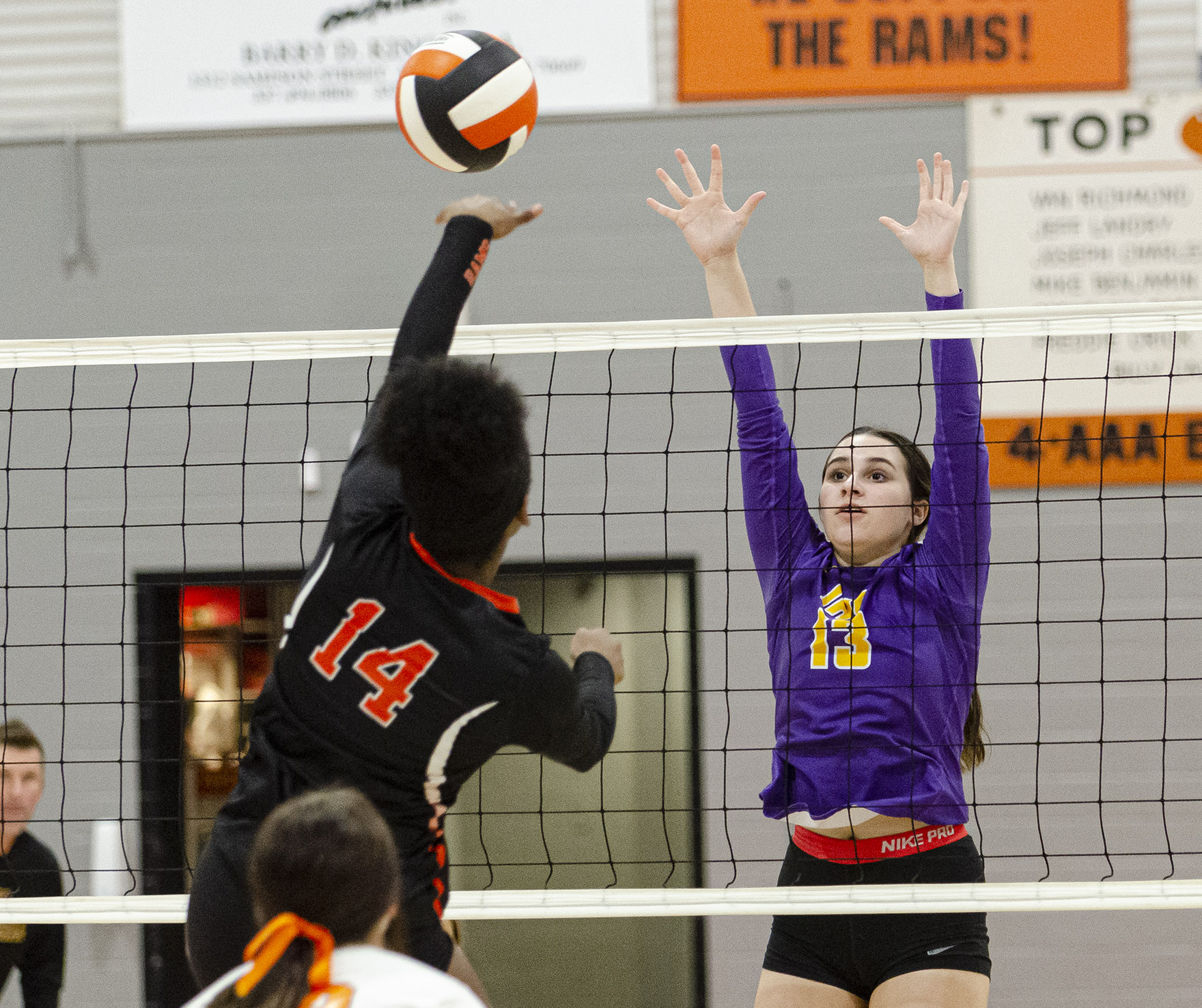 WESTLAKE — Iowa has been shuffling its lineup for most of the high school volleyball season, but the Yellow Jackets seem to have found the right combination after a straight-set 25-20, 25-18, 25-18 nondistrict win over Westlake Tuesday.

“We are trying to build some consistency,” Iowa head coach Grant Anderson said. “It seems like we have a different lineup every game.

“We have kids out sick and kids that are hurt so we still have some moving parts, but when it clicks and they believe in themselves, it looks good. But when our ball control gets a little sketchy, then so do we.”

“We are getting better,” Anderson said. “It is a roller coaster right now. We want to peak at the right time in district and towards the playoffs. I feel like we can make a run, win some playoff games and get to New Orleans.”

“I moved Kamryn Howard, who was a firstteam all-district setter last year, to right side hitting, and now I moved her to the left side,” Anderson said. “I moved Ana Alexander, who has led the state in digs the last two or three years to setter.

“This is (Howard’s) first game to play outside hitter except for maybe a middle school game. I thought she swung well. She has a great swing from either side. If we can get her the ball, and Ana the ball in a good spot, then we have some options.

“(Howard) is a big one. Bentley Richard moved to the middle and she hadn’t played middle since middle school.

“We are trying to get healthy, but as we are doing that the next person is stepping up.”

Howard and Richard along with senior Ella Arabie were key to the Yellow Jackets’ win in the third set to close out the match. An early kill by Arabie put Iowa up 4-1 and one by Richard helped the Yellow Jackets weather a Westlake (5-9) rally. Howard’s back-to-back kills put Iowa up 17-10.

“We had a little poise to us,” Anderson said. “We got a little loose at some point in all three sets.

Westlake overcame a 5-1 deficit in the first set and took an 8-7 lead on an ace by Kaitlyn Benoit. The Rams were up 19-17 before Iowa closed the set on an 8-1 run led by three aces from Richard.

Westlake came out strong in the second set with a 6-2 lead but couldn’t hold on.