Three-Point Stance: Hornets, Bearcats fight for control of 4-1A

What is the most interesting District 4-1A game this week?

RA: Basile at Grand Lake, Thursday. Basile is riding high after its last-second win over Hamilton last week. The Bearcats will look to avenge a one-point loss to the Hornets last year they kept from from owning the district title outright.

Basile was stellar on the defensive side in the second half last week, holding Hamilton Christian scoreless, and will need similar performance to stop the undefeated Hornets.

WA: Oberlin at Hamilton Christian. The Tigers found their groove last week, scoring 41 points in a win against Gueydan. Hamilton Christian has lost two straight and needs a win to stay in the district title chase. The Warriors will have to slow down Colby McMahon and Dominique Eaves, who combined to run for 198 yards and three touchdowns last week. Logan Richard ran for 122 yards and scored twice in Hamilton’s narrow loss to Basile.

What is the biggest nondistrict Class 2A game?

RA: Westlake at Welsh. The game pit a pair of run-first offenses and could be high-scoring with both teams averaging more than 36 points a game. The game will feature two of the best ball carriers in the area in Welsh’s Cohen Fontenot (739 yards, 10 TD) and Westlake’s Jamaal Guillory (748 yards, 10 TD).

WA: DeQuincy at St. Mary. DeQuincy has won two straight and now travels to face St. Mary, which has won its last three. St. Mary has allowed only 14 points per game in its winning streak, but allowed more than 300 yards on the ground to Oakdale last week. DeQuincy likes to control the ball with the running of Reese Ashworth, Taije Ceasar and Hudson Snyder.

RA: Rosepine sophomore linebacker Michael Woods posted his best game of the season with 10 tackles in the Eagles win over Sacred Heart last week. The Eagles’ defense is allowing 9.5 points a

WA: Oakdale running back Cedric Allison has run for 100 yards and scored a touchdown in each game this season. He’ll lead the Warriors against Port Barre, which is winless and has allowed 101 points in three games played. 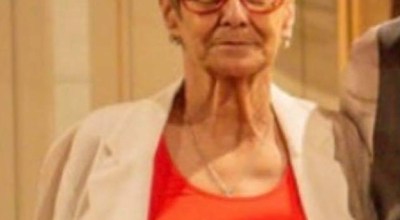