Take Five: Sam Houston looks to stay atop District 3-5A 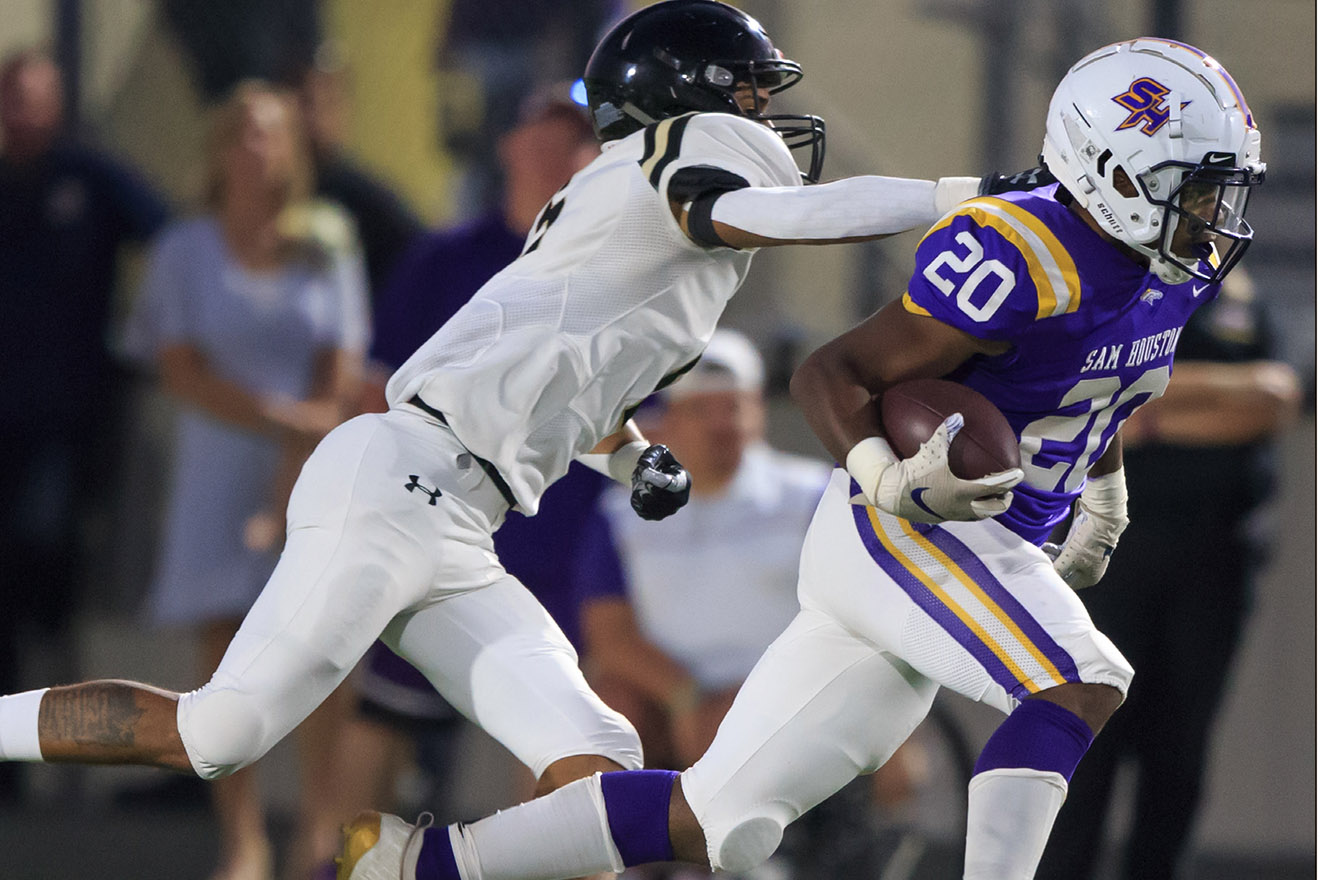 Kirk Meche / Special to the American Press Sam Houston’s Dennis Gardere slips away from a New Iberia defender during a District 3-5A game on Friday. Gardere is averaging over 100 rushing yards a game.

Top Broncos: Injuries to senior QB Andrew Glass and senior WR Luke Yuhasz did little to stop the Sam Houston Broncos (2-1, 1-0) in their District 3-5A opener, a 16-10 home win over New Iberia. This week, the Broncos look to remain at the top of the district standings and host Comeaux (2-2, 1-0), which opened league play with a 31-29 win over Lafayette.

A trio of underclassmen — QB Gavin Stout, RB Dennis Gadere and WR Quinton Simon — have stepped up to help lead the Broncos offense, which got a big game from senior WR Dylan Abshire last week. Senior LB Ashton Fuselier anchors the Broncos defense, which has allowed only 23 points over the past two games.

District battle: Basile (1-3, 1-0) started District 4-1A play in dramatic fashion, scoring on a Luc Johnson-to-Jared Thomas touchdown pass with no time left to beat Hamilton Christian 27-26. The winning play was Basile’s only completed pass in the game.

This week the Bearcats travel to face undefeated Grand Lake (4-0), the 1A runner-up last season. The Hornets won last year’s game by a single point on a last-minute touchdown pass.

The winner of this year’s game will take early control of the district chase. Grand Lake has allowed only 21 points this season and has shut out its last two opponents. Ian Vigo has run for 318 yards and five touchdowns over the past two weeks.

Heavyweight: Lake Charles College Prep (2-2) welcomes another heavyweight after narrowly losing to De La Salle of New Orleans last week. This week, Westgate (3-1), ranked third in Class 4A will visit “The Barn.” The Blazers will hope to be sharper on both sides of the ball this week after allowing too many big plays last week, and not connecting on enough of their own.

RB TreVonte Citizen continued his big season, running for 152 yards and two touchdowns last week. He has gained at least 125 yards and scored at least once in all four games this season.

Still undefeated: Nearing the midway point of the season, four Southwest La. teams are still undefeated in Iowa, Westlake, Rosepine and Grand Lake. Three are ranked in the top-10 in the latest LSWA polls. Iowa joined the top-10 in Class 3A this week at No. 10, while Rosepine is ranked 10th in Class 2A for the second consecutive week. Grand Lake moved up to No. 4 in Class 1A.

Last season, only two area teams were undefeated through four games in Jennings, who ended up with the No. 1 seed in Class 3A, and Lake Charles College Prep, who lost by one point in the Class 3A semifinals.

Iowa has the biggest test out of the four teams with its second game against a Class 5A opponent in Pineville. The Yellow Jackets already own a 48-29 win over Sulphur.

Surging: Sam Houston and Sulphur volleyball teams have been playing strong lately with district play set to begin next week. Sam Houston has won nine of its last 12 games, and Sulphur has taken five of its last six. Both have wins over No. 1 teams recently with Sam Houston beating Division III No. 1 Iota last week and the Tors taking down Division IV No. 1 Ascension Episcopal at the Ruston tournament on Saturday.

The LHSAA is expected to release updated power rankings today. Both teams were ranked in the top-16 in last week’s rankings. 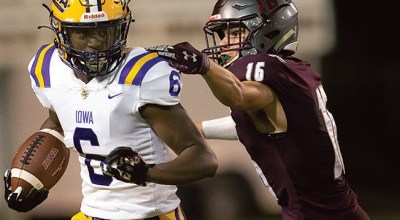 Three-Point Stance: Hornets, Bearcats fight for control of 4-1A