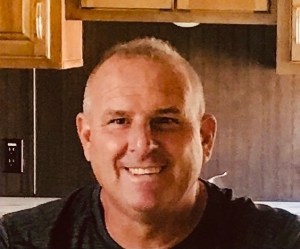 Michael Siegfried Hebert was born in Wurzburg, Germany on November 11, 1968 while his parents Gudrun (Goldie) and Eugene Hebert Jr. were stationed there.

A patriot from birth, he loved his country, upon his parents returning stateside they settled in Moss Bluff, where he attended Sam Houston High School, graduation class of 1986. He began attending McNeese State until he was called to serve his beloved country. On March 31, 1988 he enlisted into the United States Army, serving during operation Desert Storm as infantryman and gunner. After nine years of dutiful service, he received an honorable discharge in 1997.

Upon returning home, he began working for Miller Environmental as an Industrial Mechanic. He was a proud father to his children, ensuring he taught them how to be independent and self-sufficient. He loved spending time with his family, often they would go camping together at Toledo Bend or Sam Houston State Park. He was a jack of all trades, there was nothing he couldn’t fix and nothing he couldn’t grill to perfection.

He was a giving and caring husband, father, and friend, he showed how much he loved his family by his actions, he always had just what they needed when they needed it. It was never beneath him to give the shirt off his back to help others. With his caring heart, he had the patience and understanding of how important listening was; many times his fellow veterans would reach out to him for advice or mentorship.

He was welcomed into Heaven on Monday, September 27, 2021 by his father, Eugene Hebert Jr.

Cremation has been entrusted to Johnson Funeral Home, the family will welcome friends on Friday October 1, 2021 at Johnson & Robison Funeral Home in Sulphur, LA beginning at 5pm to 8:30pm. Visitation will resume Saturday, October 2, 2021 at 9am until time of service. A celebration of his life, led by Aaron Dugas will begin at 10am.

The family expresses a heartfelt thank you to the Doctors and Staff of St. Patrick’s Hospital.

We invite you to leave a sentiment of condolences or a fond memory on our website www.johnsonfuneralhome.net.