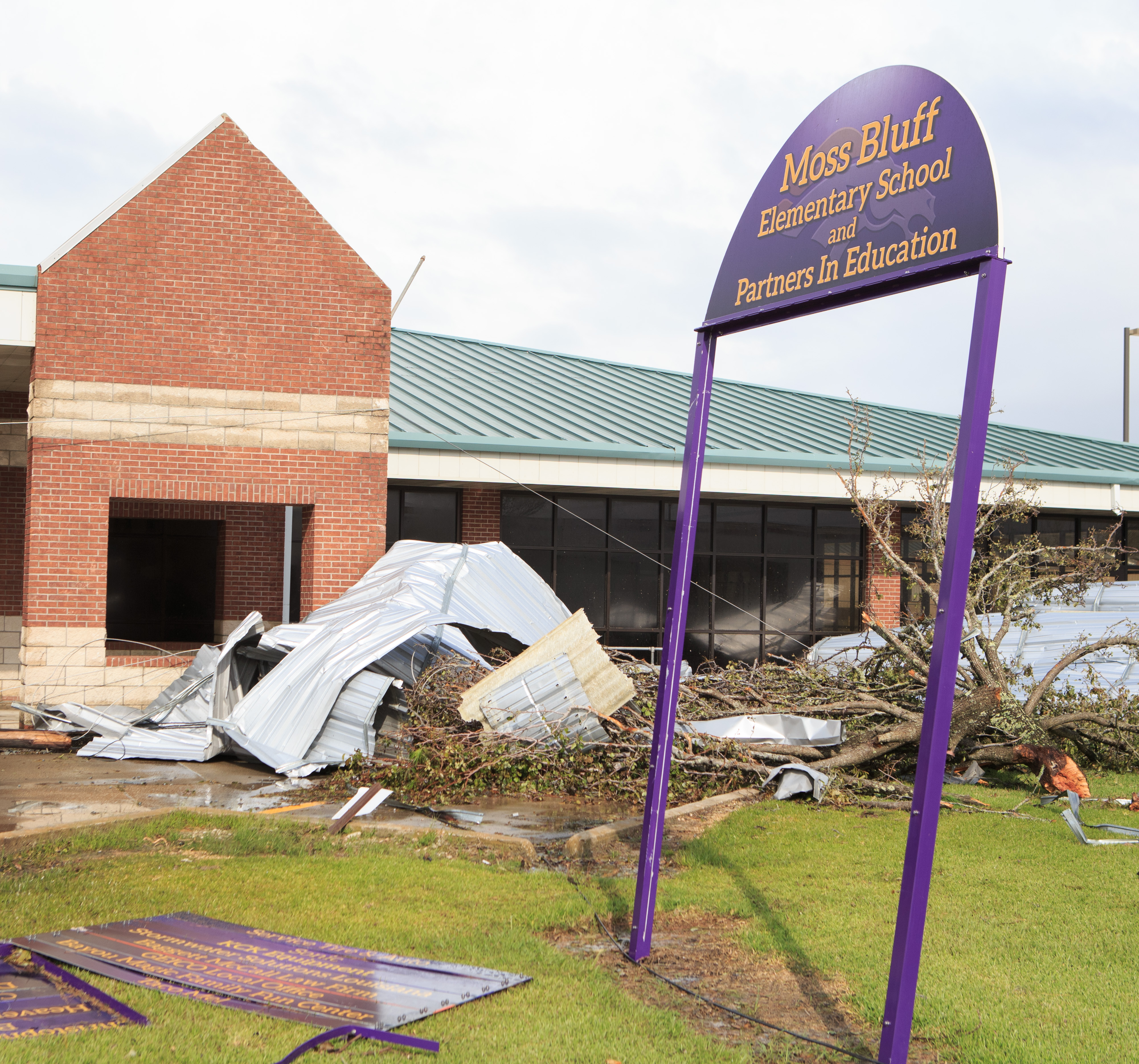 Calcasieu Parish School Superintendent Karl Bruchhaus told state lawmakers Tuesday that all schools are back open following Hurricane Laura’s devastating landfall in August 2020. However, the district has yet to be reimbursed the $126 million spent on remediating school buildings after the storm, which forced all of its construction projects to be halted three weeks ago.

Bruchhaus told the Senate Education Committee that for the 130 construction projects to resume operation, the district would need to be reimbursed roughly 80 percent of the remediation costs. That money was used to dry out damaged school buildings during a month-long power outage after Hurricane Laura, he said.

The district’s school construction projects will cost right at $260 million, Bruchhaus said. Ninety projects have already been bid, and 32 have been completed.

“I need to have money in the bank,” he said. “We’re basically out of cash on the construction side. Our burn rate on those projects was about $5 million a week. We need the remediation money to keep us going.”

Sen. Mark Abraham, R-Lake Charles, criticized the Governor’s Office of Homeland Security and Emergency Preparedness (GOHSEP) for not providing the district with other recovery money once requests were submitted and reviewed by FEMA and the state received the funding.

Bruchhaus said the district so far has received $165,000 out of $275,000 from GOHSEP after submitting to FEMA in December a request for assistance on a temporary bus lease for all of the school bus windows broken by Hurricane Laura. That money has been with GOHSEP since early summer, he said.

The district has also received about $5.5 million from GOHSEP out of $12 million for temporary roofing. The district submitted that request to FEMA in late February, and GOHSEP is finishing up paperwork to dole out the rest of the money, Bruchhaus said. GOHSEP received that money the second week of August, he said.

“That’s where we are with the balance of those payments,” he said. “Certainly, we’re moving on that.”

The school district submitted the $126 million in remediation costs to FEMA in early March, with the request heading to the Office of Management and Budget in Washington D.C. this week.

Abraham said he wants to address any delays with getting the bus and temporary roof money to the district ahead of the remediation costs being approved and ending up at GOHSEP. He said it was unacceptable for GOHSEP to still have part of that money months after they received it.

“I want to nip this in the bud now before it occurs in the future,” Abraham said.

“This is just beginning,” he said.

“We ought not to be fighting our own state to get resources,” he said. “That’s unacceptable, unreasonable and unconscionable.”

James Waskom, GOHSEP director, arrived later in the meeting and said the office would cut a check to the district tomorrow for the remaining amounts from the bus and temporary roof money, “if that money is in our coffers.”

Issues with COVID-19 have led to no FEMA representatives on the ground after Hurricanes Laura and Delta, Bruchhaus said.

Calcasieu Parish’s school district remains down 4,200 students one year after Hurricane Laura, with a lack of housing preventing students from returning, Bruchhaus said.

“There is nowhere for them to live,” he said.

The district is down $13.5 million in minimum foundation program funds from where it was before Hurricane Laura, Bruchhaus said. He said the current laws and guidelines don’t allow the district to be held harmless for that loss of students.

Bruchhaus said the district has borrowed $100 million through the Louisiana Community Development Authority and State Bond Commission. He said the amount was sold in three portions last year. The bond commission recently gave the district permission to borrow another $50 million, he said.