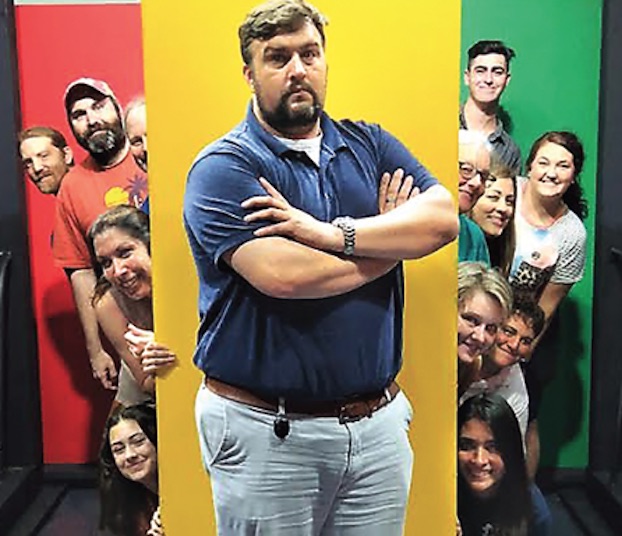 JENNINGS — A Block off Broadway Community Theatre returns to the stage in October for the upcoming production of the murder-mystery comedy thriller Clue.

ABOB is also hosting a citywide Clue-themed scavenger hunt to generate excitement about the production.

The free scavenger hunt will be held 10 a.m.-noon on Saturday, Sept. 25. Participants should got to the Old Magnolia Gift Shop, 311 N. Main Street, to receive an evidence package which will help them in their efforts to solve a murder.

Participants work to find clues and travel from location to location, crossing suspects, weapons and rooms off their list in an effort to solve the murder of Mr. Boddy, organizer Amy Leger said.

“Upon completion of the hunt, the clues will tell participants where to deposit their answers for a chance to win prizes,” Leger said.

Prizes, including a private movie party at the Strand Theater, season passes to ABOB and CHIPS productions and movies, a family holiday photo session and a Clue board game, will be awarded to those who complete the game the quickest and most accurately.

The scavenger hunt will also include a meet and greet with the cast of Clue and photo opportunities and props to commemorate the event.

Based on the 1985 cult-classic film inspired by the 1943 board game, the production follows six guests at a mysterious dinner party where they find themselves implicated as murder suspects when their host turns up dead. Wadsworth, the butler, leads Mrs. Peacock, Mr. Green, Colonel Mustard and other guests attempting to find the killer and the body count builds.

This is the first time ABOB has staged Clue, according to Director Joseph Frazier-Cole.

“The board was seeking something that had never been done by ABOB before, and when this production came up, there was so much excitement and enthusiasm, as people fondly recalled their love of the movie and the board game from their youth,” Frazier-Cole said. “We thought it would translate to our audiences and judging from the response we are receiving, it has.”

“People can expect a campy, hysterical send up of the beloved board game, that offers intrigue, mystery and a cast of lovable characters that all can identify with.”

The cast includes Kelsie Derouselle as the cook; Riley Edwards as the police chief; Katrina Lee as Mr. Bobby for the first weekend and motorist/policeman the second weekend, Seth Rodriquez will be the motorist/policeman the first weekend and Mr. Bobby the second weekend. The production also stars Amy Leger as Yvette, the maid; Terry Lejeune as Colonel Mustard; Shawn McNeilly as Mrs. Peacock; Megan Miller as Mrs. White; Hannah Minden as the singing telegram girl; Michael Muffuletto as Professor Plum; Jason Oneillion as Mr. Green; Felicia Simar as Miss Scarlet and Ryan Quebedeaux as Wadsworth.

“It has been a delight to direct such wonderful actors, and each rehearsal leaves us tired, but happy,” Frazier-Cole said. “There is so much laughter while working with these wonderful people.”

Rehearsals for Clue began in August.