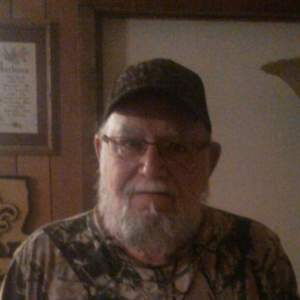 Vernon was born September 15, 1944 in Kaplan, LA to Vernon Lee Perrin, Sr. and Aline Broussard Perrin and has a younger brother, Earl Perrin.  His family lived in Kaplan until he was in the second grade, at which time they moved to Lake Charles.  He would re-tell stories to his children of his childhood; especially of the move to Lake Charles when he most likely spoke French which caused him to get into a lot of trouble because he couldn’t speak English very well.

Vernon loved fishing and hunting from an early age.  As he got older, he would go with his partner in crime, Greg Dowies.  He married and had two children, Thomas Perrin and Tricia Attales.  He moved up north to Shreveport where he started his career in finance.  After the end of his first marriage, he ventured out in partnership to buy a bar; where he crossed paths with his current wife; and gained four more children to help guide and raise.

Thru the last 30 years, he has ventured out in many careers just a few being logging, welding, and law enforcement.  In law enforcement, he started out as a deputy working his way up to and retiring as a detective.  He loved to sing gospel and praise God.  He was devoted to his family and friends and will be dearly missed by all those that were a part of his life.

He was preceded in death by his mother, Aline Perrin and father, Vernon Lee Perrin, Sr.