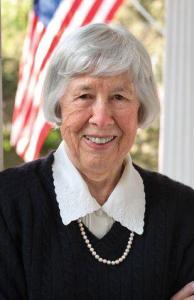 Ruth Christ Sullivan Ph.D., age 97, died in Huntington, W.Va., on Sept. 16, 2021. She was an expert and pioneer in the field of autism who is recognized globally.

Ruth Marie Christ was born on April 20, 1924, in Port Arthur, Texas. As a small child she moved with her family to a rice-farming, French-German community in Mowata, La. Following her graduation from Crowley High School, she earned a Registered Nurse degree from Charity Hospital in New Orleans, then joined the Army Nurse Corps, nursing wounded soldiers at Fort Sam Houston in San Antonio, Texas. After WW11, she moved to Lake Charles, LA., and became a public health nurse. Later, she earned a B.S. and an M.S. in Public Health Administration from Columbia University Teachers’ College.

In 1952, Ruth married William P. “Bill” Sullivan, Ph.D. When their fifth child, Joseph, was diagnosed with classical autism, Ruth began to research, network and organize. In 1965, she co-founded the Autism Society of America and later founded Autism Services Center in Huntington, W.Va. which grew to provide services to thousands of people with autism and other developmental disabilities. She was an influential lobbyist and speaker who improved conditions for people with autism worldwide. She lobbied for the inclusion of autism in the landmark 1975 IDEA law, which mandated that all American children receive a free public education, and she was the chief author of the law’s autism-specific language.

At age 60, she earned a doctorate in Psychology, Special Education and Speech-Language from Ohio University. By the time she retired at age 83, she had received dozens of awards and had been invited to speak around the world, including in Argentina, Kuwait, Ireland, Australia, Namibia and Mexico.

In 1988, Ruth was contacted by the producers of the movie “Rain Man.” Actor Dustin Hoffman met with her and her son, Joseph, prior to and during filming. He studied outtakes from a documentary about Joseph for the role of Raymond. Hoffman thanked Ruth when accepting the Oscar for the film in 1989, and she was listed in the final credits. “Rain Man” spurred many television appearances, with mother and son interviewed by Oprah, Larry King, Maria Shriver and CBS Morning News, as well as a four-page article in People magazine.

Visitation will begin at 10 a.m. Saturday, Oct. 16, 2021, at the Cathedrial of Immaculate Conception. Memorial Mass will be at 11 a.m. celebrated by Monsignor Harry Greig. Burial to follow at Consolata Cemetery. The family would welcome donations made in Ruth Christ Sullivan’s memory to: Autism Services of Southwest Louisiana, 3006 Common Street, Lake Charles, LA 70601.