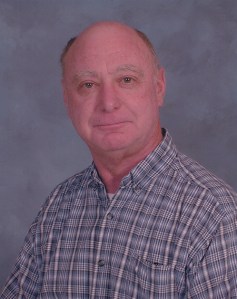 Mr. Guillory was born on March 22, 1942 in Ville Platte and was raised in Pine Prairie.  He was the owner and operator of Majestic Barber Shop for 50 years and for many years was also a bartender at the Pioneer Club.  Mr. Guillory was of the Christian faith.

He took pleasure in working on antique cars and rebuilding tractors in his barn and was a member of the Antique Car Club.  Mr. Guillory enjoyed driving and working on his 1964 Chevrolet Impala and riding Harley Davidson motorcycles.

He was preceded in death by his wife of 37 years, Martha Jean Ingram Guillory and his parents, Eve and Tillman Guillory.

Visitation will begin on Sunday in University United Baptist Church from 5:00 PM until 8:00 PM.  A graveside service will be held at 1:00 PM on Monday, September 27, 2021 in Walnut Ridge Baptist Church Cemetery in Jonesboro, LA under the direction of Johnson Funeral Home.