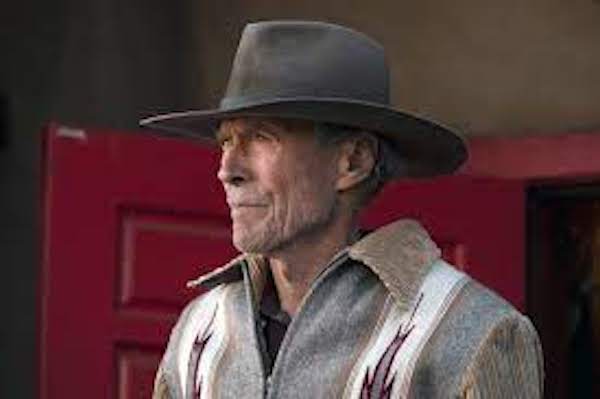 Clint Eastwood, 91, has come up with another great movie called "Cry Macho." gp.com

Finding a feel-good movie on television has been difficult for me, and there are probably more ways than ever to find them. I lucked out  when I saw a new Clint Eastwood movie would be available last Friday in theaters and on HBO Max.

For the uninitiated, HBO Max is a streaming channel on my Roku Streaming Stick. It is advertised as a great way to access over a half-million movies and TV episodes, including free and paid programming.

Technical expertise is not my strong suit, but I have competent help from family members. My daughter, Jamie, is my technical expert on TV. She has had time to learn the ropes of streaming and shared other ways to be entertained.

Bryan, my son, is my computer expert, but he doesn’t like anyone looking over his shoulder while he does his thing. I try to learn from him, but get the usual advice — “Dad, would you just let me do this.” So I get out of the way.

OK, back to that Eastwood movie. It’s “Cry Macho,” which didn’t get rave reviews. However, I thought it was great and it left me feeling extremely good at the end. Eastwood, at 91, is still the consummate professional.

The story centers around Mike Milo (Eastwood), a Texan rodeo star who by 1979 has retired because of a severe back injury. Howard Polk, his former boss played by country music singer Dwight Yoakam, hires Milo to travel to Mexico City and bring back Howard’s 13-year-old son, Rafo.

Rafo’s mother isn’t sure where he is most times, but she doesn’t want him leaving Mexico. Milo found him at a cockfight with his rooster named Macho, and they started their trip back to the border.

Milo and Rafo run into problems with men sent by the boy’s mother to bring Rafo back. However, I won’t say how they handled those problems or spoil the ending for others who would like to see the movie.

As the Detroit Free Press said in its review, “It’s no surprise that Mike and Rafo grow close.” The newspaper added, ”There is a craggy kind of elegance to ‘Cry Macho.’“

Thanks to the ability to stream, I didn’t have to go to a theater to see the new movie that will be on HBO Max for a limited time. I have also been able to watch some great detective stories over many months.

Amazon Prime, Netflix, BritBox and Acorn TV are my best sources, and those detective stories filmed in England and Ireland give the viewer some great scenes from the countryside in both locations.

“George Gently” on Acorn TV, so far, is the best drama I have seen among the many I have watched. Tony nominee Martin Shaw plays Chief Inspector Gently and Lee Ingleby is John Bacchus, his cocky young protégé.

The crime drama is set in the 1960s, and Gently is described as “an old-school detective trying to come to terms with a time when the lines between the police and criminals have become blurred.”

Gently is my kind of character, an incorruptible cop transplanted from London to the North East of England. While others are usually content to end investigations early, Gently refuses to be deterred by Bacchus or even by his superiors who don’t like some of his tactics.

I have always liked stories where the good guy triumphs, and that’s Gently. One review said with the help of Bacchus, “Gently spends his days bringing to justice members of the criminal underworld who are unfortunate enough to have the intrepid investigator assigned to their cases.”

If it hadn’t been for streaming, I wouldn’t have been able to watch any television after Hurricane Laura. My Dish Network dish fell to the ground, and it was many months before I decided to get back to cable TV.

While on the subject, Jessica, my granddaughter, and Andrew, my grandson, are also experts who can handle extremely difficult technological issues. Joe, Jamie’s husband, and Edith, Bryan’s wife, share their TV viewing experiences and keep me well fed.

Technology is definitely passing a lot of us by, and the simpler life seems to have disappeared for some. However, as long as I continue to have such competent help, I’ll be OK.

Thanks also to Eastwood, a great actor and film director. Seeing a 91-year-old in another great performance in a feel-good movie is encouraging for senior citizens everywhere.