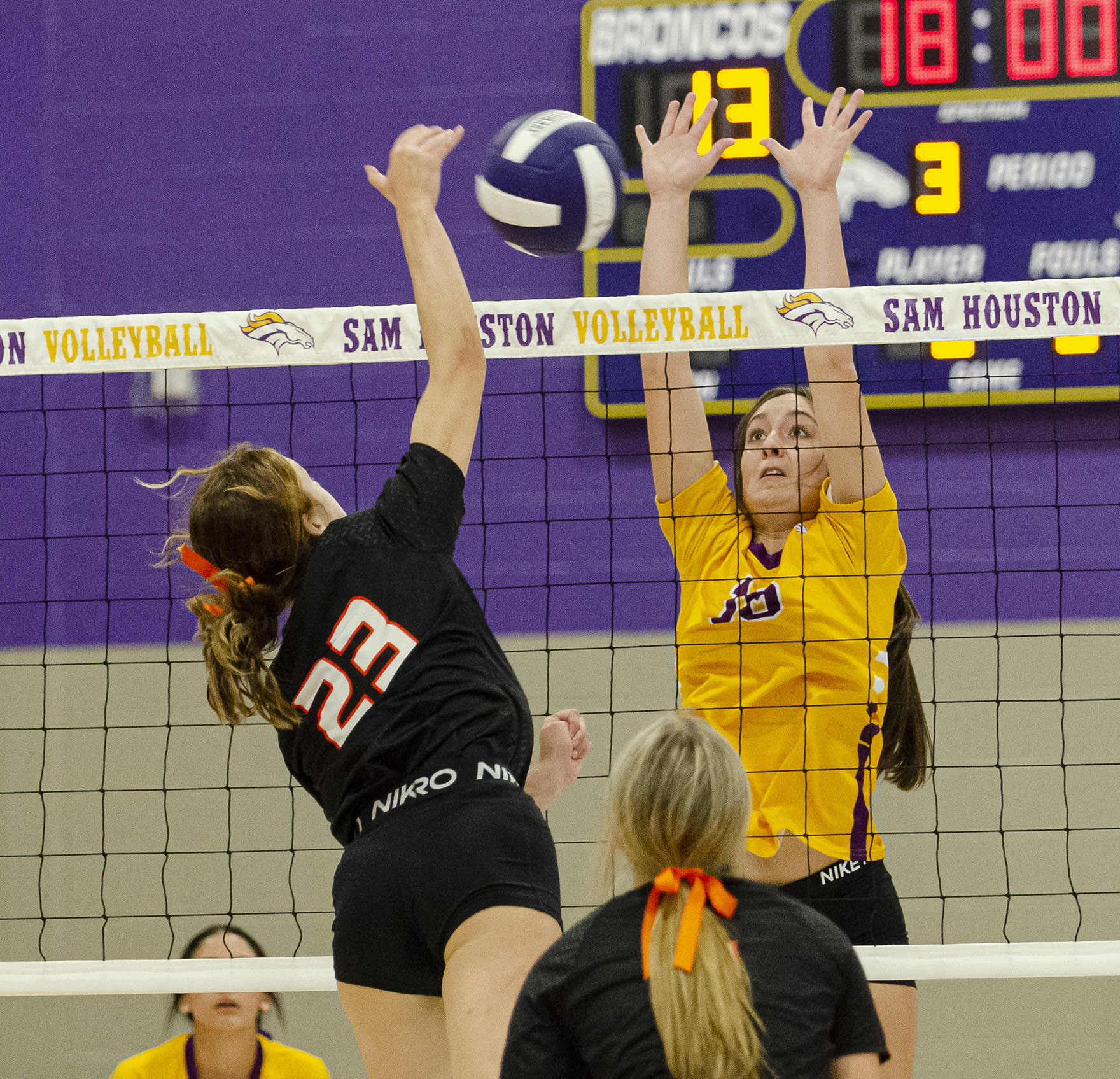 MOSS BLUFF — Its been five years since Sam Houston has played in the Louisiana High School Athletic Association state volleyball tournament, but this year’s team is pushing hard to end that drought.

Sam Houston picked up its 10th win of the season Tuesday, beating Westlake in a nondistrict match 25-19, 25-14, 25-18. The Broncos are ranked 13th in the most recent LHSAA Division I power ratings.

“I like the promise of what I have seen from the beginning,” Sam Houston head coach Rene Fontenot said. “We went and won the LSU team camp, and they don’t take any days for granted. They are just enjoyable to be around and don’t mind being called out on what needs working on. They definitely set goals for themselves and are trying to qualify for the state tournament. They have high expectations. They are hard on themselves.

“I have found whenever it looks like you see something wrong between them, they are not mad at anybody else but themselves. If anything I have to be a little more forgiving because they are hard on themselves.”

Sam Houston (10-5) led from start to finish in the first set, but Westlake took a 2-1 lead in the second set after a kill by Saniah Captain. Sam Houston pulled away with a mix of aces by Barron and Manuel and attacks at the net from Gentry and Willis.

“We are pretty balanced because we returned both setters,” Fontenot said. “That has been helpful.

“They are just good kids that appreciate what the season is offering. We had hardly anything last year. We just never got it together. It’s their leadership. They know what it was like to lose everything and not have the ability to play.

“Like last year, before I knew it we had four kids getting MRIs because we had not been in a weight room. I have put a lot of demands on this team. We are playing at least six matches a week.”