Tiger DE out for season, others may return 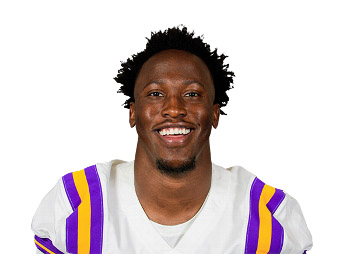 LSU is losing defensive end Andre Anthony for the rest of the season after the veteran suffered a knee injury in Saturday’s win over Central Michigan.

But the Tigers (2-1) could get several other players back this week — including Anthony’s replacement — when they open Southeastern Conference play at Mississippi State Saturday at 11 a.m..

Anthony scored a touchdown early in Saturday’s win on a fumble return before leaving later in the first half with an apparent non-contact  injury.

“It’s sad, it really is,” said head coach Ed Orgeron, who called Anthony one of the team leaders. “He’s having a good season. He’s going to be unavailable.”

LSU will still have at least a three-man rotation at the ends as Orgeron said injured starter Ali Gaye will return this week and defensive tackle Maason Smith is moving permanently to the end spot. The other end, BJ Ojulari, is tied for national  lead in sacks.

Orgeron also expects to get back safety  Jay Ward for Mississippi State’s Air Raid offense, along with promising freshman running back Armoni Goodwin.

Anthony, a sixth-year graduate senior, has been at LSU for Orgeron’s entire tenure as he was redshirting as a true freshman when Orgeron took over as interim head coach after Les Miles was fired four games into the 2016 season.

Smith, who moved outside Saturday to take up the slack after Anthony’s injury, has been living up to his billing as Louisiana’s top high school recruit last year as he has three sacks in the early season while playing tackle.

Orgeron indicated the coaches were already thinking of moving him to the outside.

“I think Maason has a chance to be  a prototypical left defensive end in the NFL.,” Orgeron said. “That’s where most of the runs go. He’s very athletic and can play in space.

“I think he has a chance to be a dominant football player there. He’s showed some things. He’s a great inside rusher learning to play outside. I think  he’s just scratching the surface.”

LATE NIGHT: Next week’s LSU-Auburn game in Tiger Stadium will be prime, prime time. The game will be televised by ESPN will kick off at 8 p.m.

HONORS: LSU’s BJ Ojulari was named the Southeastern Conference’s defensive lineman of the week for his 21/2 sacks in Saturday’s win over Central Michigan.

Ojulari’s 41/2 sacks for the season is tied with two others for the most in the nation.

As a team the Tigers lead the nation with 17 sacks and in tackles for loss with 40. 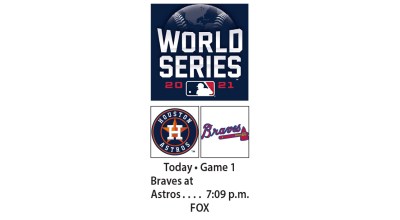