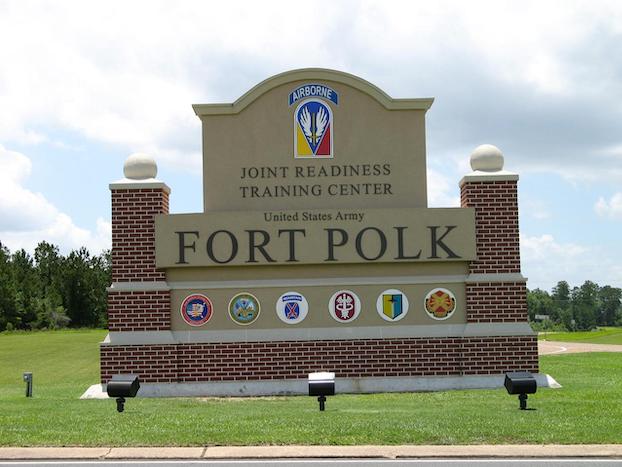 Four active-duty soldiers assigned to Fort Polk were arrested on Tuesday and charged with shooting at a DeRidder home Monday night, according to authorities.

Tavon M. Williams, 19, Joshua D. Galloway VI, 24, Trevian J. Cherry, 23, and Quazier T. Watterson, 19, have all been charged with criminal conspiracy to commit attempted armed robbery, aggravated assault with a firearm, illegal use of weapons or other dangerous instrumentalities, and aggravated criminal damage to property.

According to a joint release from the DeRidder Police Department and the Beauregard Parish Sheriff’s Office, the arrests stem from an investigation into a shooting that took place at a home on West 8th Street at about 11:25 p.m. Monday night.

According to Police Chief Craig Richard, one person was found injured at the scene suffering cuts from broken glass they received while climbing through a window to escape the gunfire. Richard said the victim was transported to Beauregard Health hospital for treatment and has since been released.

Authorities said witnesses at the scene described a suspect vehicle that was located a short time later in Leesville. Inside the vehicle, investigators located five weapons and spent shell casings matching casings found at the scene of the shooting.

All four individuals were booked into the Vernon Parish Jail where they are being held until they can be transported to the Beauregard Parish Jail. There is no bond set at this time.

According to Richard, investigators believe Monday’s shooting is connected to a Sept. 11 shooting at the same residence.

Richard said investigators believe Monday’s shooting may have been in retaliation for the ongoing investigation into the Sept. 11 shooting, after two more juveniles had been arrested and charged in the incident earlier in the day Monday.

Sheriff Mark Herford confirmed his office has been assisting with the investigation into the recent shootings, as well as other recent crimes tied to the “so-called gangs,” and that he has serious concerns over the rise in criminal activity.

“This is not who we are as a community. Chief Richard and I, along with the men and women of our departments, are not going to tolerate this kind of activity. The consequences for committing acts of violence are going to be quick and severe,” Herford said.

A task force has been created between the two agencies and dedicated to putting an end to the gang activity, but Herford said he hopes community members will do their part in helping end the violence.

“We have Crime Stoppers and our Nixle account set up to take tips anonymously and we pay cash for those tips, but I also think it’s important to note that we need help from parents, too. We need parents to be involved in their children’s lives and to know where they are, who they are with, and what they are doing,” he said.