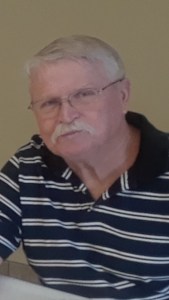 Bill was born September 26, 1953, in Morenci, Arizona, to Dale & Betty Gray.  He was a United States Army Veteran, where he served until 1977, even serving time overseas in Korea.  Bill came to DeRidder, LA after his military service in 1979 as an AP Tech for Petroleum Helicopters, Inc.

Bill has always been known as a loving and kind family man to all who are left to cherish his life.

He is preceded in death by his brother, Robert Gray; sister-in-law, Lori Gray; brother-in-law, Butch Martin; and father-in-law, Norman James.

Condolences can be made at chaddickfuneralhome.com