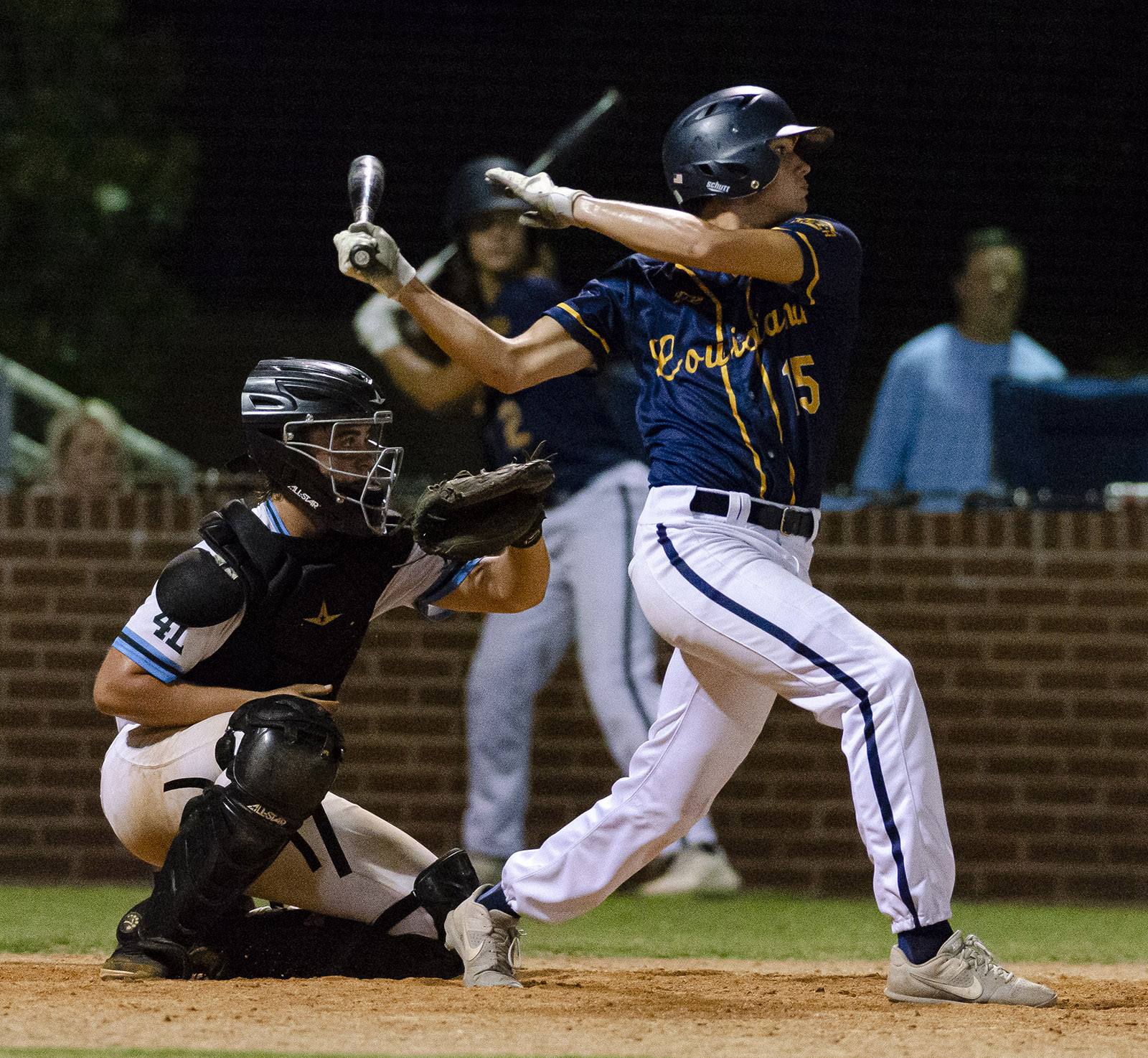 Kinder's Griffin Cooley had a double, triple and three RBI Wednesday night for Team Louisiana-Ardoin in a game against Knights Knation Marucci 16U Black at the Future Stars Class of 2023 National Championship in Moss Bluff. (Rodrick Anderson / American Press)

The junior also pitches and plays football for the Yellow Jackets. A left-handed hitter, Cooley is a speedster with developing power.

He said LSU has been recruiting him since he participated in the Prep Baseball Report Future Games tournament held in Georgia in July. He also received interest from UL-Lafayette, Louisiana Tech and McNeese State, where his older brother Welles played as an infielder.

“We’ve been talking since I went to Georgia, they like my athleticism, the way I play all-around, by twitchy swing and that I am a competitor,” Cooley said.

“I had a chance to talk to each of the new coaches and they are all great people. I know that they are going to push me to be the best I can, to get better as a player.”

Cooley said he is working to add strength to round out his game.

“I use my speed to my advantage in the outfield. As I get stronger, and I am starting to do that, I’ll get more consistent hitting.”

“As a Louisiana boy, you grow up rooting for the Tigers so it is a dream come true,” he said. “I just have to keep my head down, keep working to get better. I think it is going to push me to be a better player and teammate.”

Cooley helped the Yellow Jackets reach the quarterfinal round of the Class 2A baseball playoffs last season. On the gridiron, Cooley plays slotback, defensive back and returns kicks. He helped Kinder finish as the Class 2A state runner-up last season.