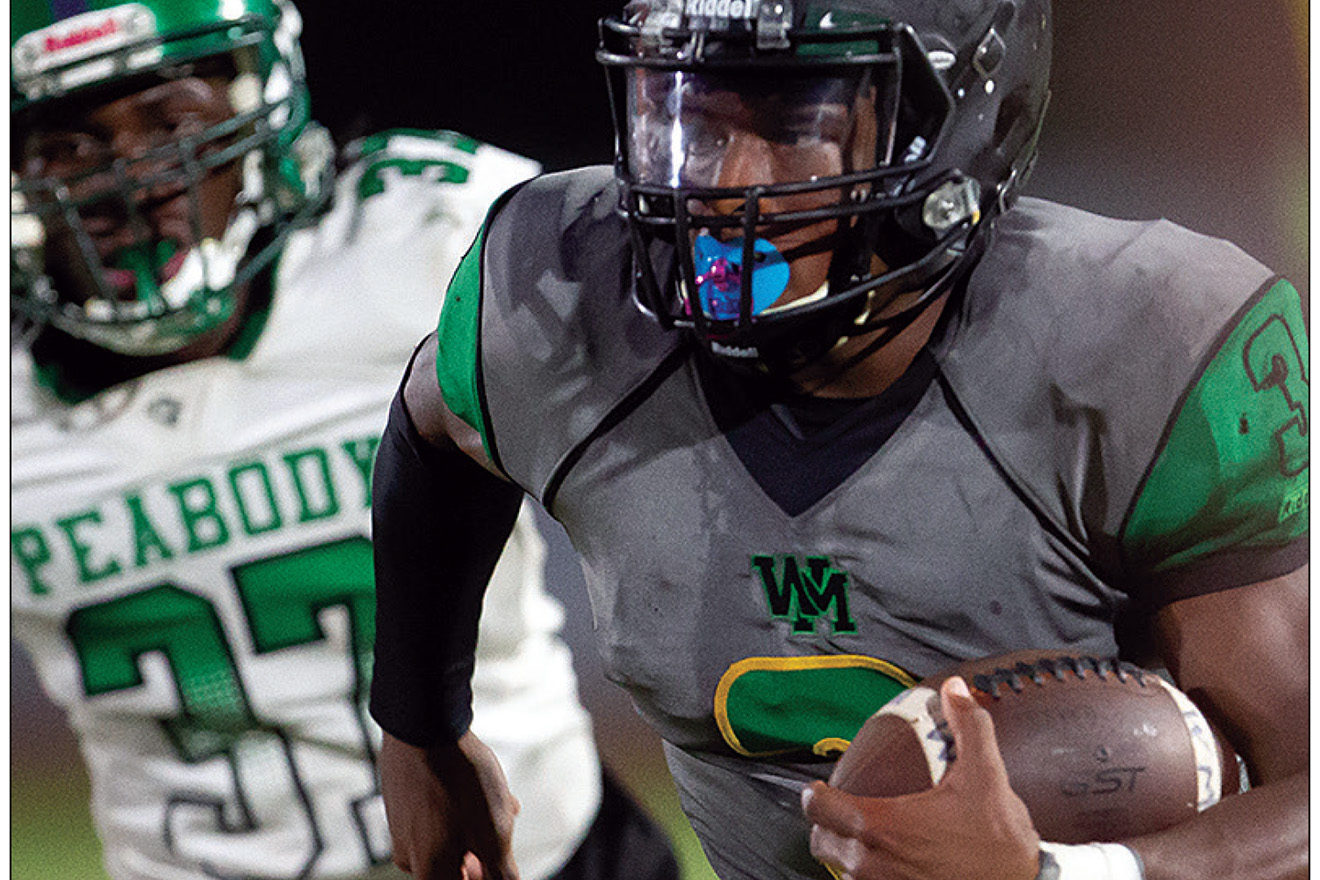 Paul scored a pair of first-half touchdowns, starting the scoring with a 1-yard reception from Justin Thomas and adding a 10-yard run in the second quarter.

“We tried to attack them off tackle,” W-M head coach Jules Sullen said. “Derrick did a phenomenal job tonight, and hats off to our offensive line. We wanted to attack the edge and got a great performance.

“Defensively, it was hard for us to prepare for their size. We tried some slants and different things and did a pretty good job.”

Tyree Brown added a score on a 5-yard run in the first quarter.

Arthur Lavalais was a one-man wrecking crew for the Warhorses, gaining 161 yards on 21 carries and scoring on an 8-yard run on Peabody’s first drive. The Warhorses gained 7 other yards in the half.

Brown and Kishaun Stevens had first-half interceptions for the Charging Indians.

A 48-yard punt return by Brown set the Charging Indians up at the Peabody 10-yard line on their first possession of the second half. Paul scored from 2 yards out.

The teams traded touchdown runs later in the quarter, with Lavalais scoring from a yard out for Peabody followed by a 24-yard run by W-M’s Ray Thomas.

Lavalais scored again on a 7-yard run in the fourth quarter. W-M’s Eric Vital recovered a blocked punt in the end zone for a touchdown.

Sullen said special teams has been a focus for his team.

“I told them before the season that teams that with work more on special teams, they’ll have a better chance of putting themselves in position to win games,” he said. “Hopefully we can continue to do that. We still have a lot to work on and have a great St. Louis team coming in next week.”