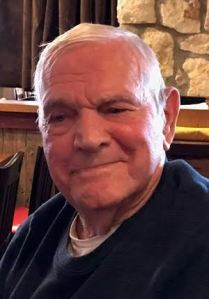 Roland was born Aug. 3, 1923 in Carson, La., lived most of his life in Carlyss, La. and recently moved to North Louisiana to be closer to family.  He was the owner and operator of Marshland Kennels for over 35 years.  He had a passion for working with dogs and was very active with the Retriever Club throughout the years.  He also received many ribbons and trophies in the Retriever Trials.  During his younger years, he did recovery diving after the bombing at Pearl Harbor, but always remained very humble and rarely spoke of his accomplishments.  He will always be remembered as a hardworking man who enjoyed having a good time.

He was preceded in death by his wife, Lorena Vivian Barnes Hardy; daughters, Jan Hardy and Houli Hardy; parents; three brothers; and one sister.

His cremation was entrusted to Johnson Funeral Home.

A private graveside service will be at Highland Memory Gardens.