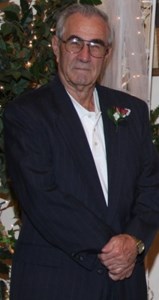 Leotis “Lee” Duplechian, 89, of Lake Charles, La. passed away on Wednesday, Sept. 15, 2021 at his residence. Lee was born to his late parents, Albert and Dora Vena Duplechian on June 22, 1932 in Oberlin, La. He served his country in the United States Air Force during the Korean War, where he was a Mess Hall Sergeant. He taught his wife Joy and daughter Nava Jo how to cook.

Lee worked for Pepsi Cola for 25 years and was owner/operator for Henry Heights Grocery Store. In his later years, he was the owner/operator of Progressive Motors Auto Sales. He enjoyed working in his yard and tending to his flowers; and enjoyed hunting. Lee especially loved to travel when the kids were young, and went to places like Colorado and Wyoming. He never met a stranger and was very outgoing to everyone he met. Most of all, he loved spending time with all his family, especially his grandchildren and great grandchildren.

Services will be held at the First United Methodist Church in Lake Charles on Tuesday, Sept. 21, 2021, at 1:30 p.m., with The Rev. Weldon Bares officiating. Visitation will be at Hixson Funeral Home in Lake Charles on Monday, Sept. 20, 2021, from 5 p.m. until 8 p.m. Visitation will resume at the First United Methodist Church on Tuesday, from 11:30 a.m. until the time of the service. Burial will follow at St. Louis Cemetery in Eunice, La.

Words of comfort may be share with the family at www.jehixson.com.