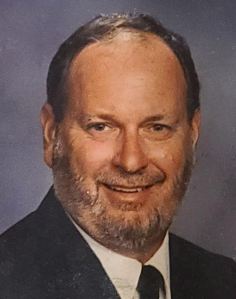 Jerry Andre Ousley “Captain” was born in Pensacola, Fla. on May 6, 1952 to James Mixson and Thearon Agnes Ousley.

He grew up in Linden, Ala., graduating from Linden High School, Class of 1969. Following high school, he enrolled into the United States Navy, serving honorably from 1969 to 1973.

Following his departure from the Navy, he enlisted into the United States Merchant Marines. During his time in the Merchant Marines, he obtained his Captains License and began working as a Sr. Captain on the Grand Palais Riverboat for Isle of Capri Casino. He remained Sr. Captain for 41 years until his retirement in 2017.

“Non sibi sed patriae” (Not self, but country), although an unofficial motto of the Navy, Jerry invoked in his everyday life, as he was selfless and giving. The thing his family loved most about him is that he would “Pay it forward”, choosing a family each Christmas holiday to gift, he was a friend who could always be counted on and there for you, and one who would never hesitate to help, never asking or expecting anything in return.

It was fate and a little persistence on Jerry’s part that he and Loretta met. As a member or Krewe de le Maison Calcasieu and The Buccaneers, he often had gatherings at his home. One such Halloween party, Loretta was coaxed into going. “Capt” saw her and knew she was his “True North”. Their first date was to Jean Lafitte, his confident, stylish, and charming nature reminded her of Mr. Debonair himself, Sean Connery. They exchanged vows May 6, 2002.

Together they enjoyed attending Mardi Gras Balls and Galas, serving as Duke and Dutchess with The Buccaneers, and Duke and Dutchess, King and Queen with Krewe de le Maison. He enjoyed riding his Harley, traveling the countryside; a favorite destination being anywhere with a mountainous view. He loved and appreciated vintage and antique cars and street rods.

He was welcomed into Heaven on Monday, Sept.  13, 2021 by his parents, James and Sharon Ousley.

The family will welcome friends on Tuesday, Sept. 21, 2021 at University Baptist Church beginning at 10 a.m. to 2 p.m. A funeral, led by Deacon Fred Reed will begin at 2pm. Cremation has been entrusted to Johnson Funeral Home following services. For the health and safety of friends and family, the family requests masks to be worn.