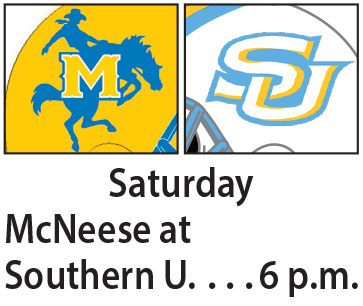 When Jason Rollins got his scholarship offer to play football at McNeese State he was young and adventurous.

That cost him plenty, as a non-football injury kept him off the field for two years. Yet he loved the game and wanted to be part of the team and university.

He also wanted to keep his scholarship.

So he took a job as the team’s equipment manager. He did it all, making sure everything was ready for the Cowboys.

Rollins mopped floors, hung uniforms and emptied the trash. No job was too small or too big. That showed his humble side.

“I was still able to stay around football, which I loved,” Rollins said. “Also all my friends were on the team so I got to stay close to them and be part of the program.”

He got healthy and played his last two years as a backup safety, graduating in 1996. It was an experience he would not forget, quickly moving into the role of graduate assistant at McNeese when his playing days were done.

“You learn football on all levels,” Rollins said. “I learned all parts of the game.”

He is putting those lessons to use now more than ever, having worked his way up the coaching ladder. Saturday night Rollins will find himself standing on the other side of the field from his alma mater as the head football coach of Southern University, which he said was his dream job.

But he will never forget about his days at McNeese.

“That is my school,” Rollins said. “I love my school. That place means everything to me. I really enjoyed my time there.”

Don’t think for a minute he will go easy on his former school. The first-year Jaguars coach is looking to win his second consecutive game after losing the opener.

“It is great for our fans, for our players and our coaches to get that win,” Rollins said. “It makes you want the next one even more.”

Rollins says he knows what he got himself into at Southern. He didn’t take over a struggling team like most new coaches. Instead he leads a program rich in tradition with a fan base that expects to win.

“This is a great program with great fans and they like to win,” Rollins said. “There is pressure everywhere you go and here is no different.”

It took 25 years before Rollins was offered his first head coaching job, but he seems up to the challenge.

Eleven of those years were spent at Tulane where he met the man he will face off against Saturday, McNeese head coach Frank Wilson. So impressed with Rollins, Wilson hired him when he got the head coaching job at Texas-San Antonio, promoting Rollins to defensive coordinator.

“I got a chance to know him when we were young together and then watched his growth in his many years at Tulane,” Wilson said. “When I got to UTSA, he was always a guy on my short list because of his football intellect and how good a job he did recruiting.

Rollins said he learned a lot from Wilson.

“He is a great friend and always has his team prepared,” Rollins said. “I learned how to be prepared through him.”

Wilson said he hopes he hasn’t taught Rollins too much come Saturday, because his Cowboys need a victory.

“Jason is going to make things tough on us,” Wilson said. “You know he will have his team ready to play.”

It’s lessons he learned starting during those early days at McNeese. 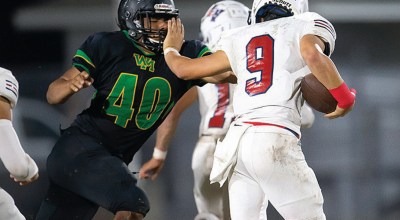 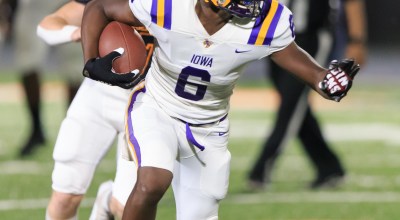 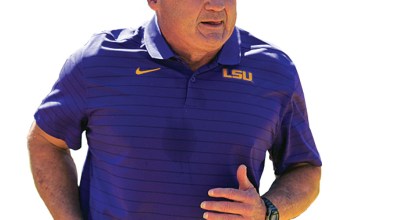 Stroll down memory, Lane Orgeron Farewell Tour back where it started