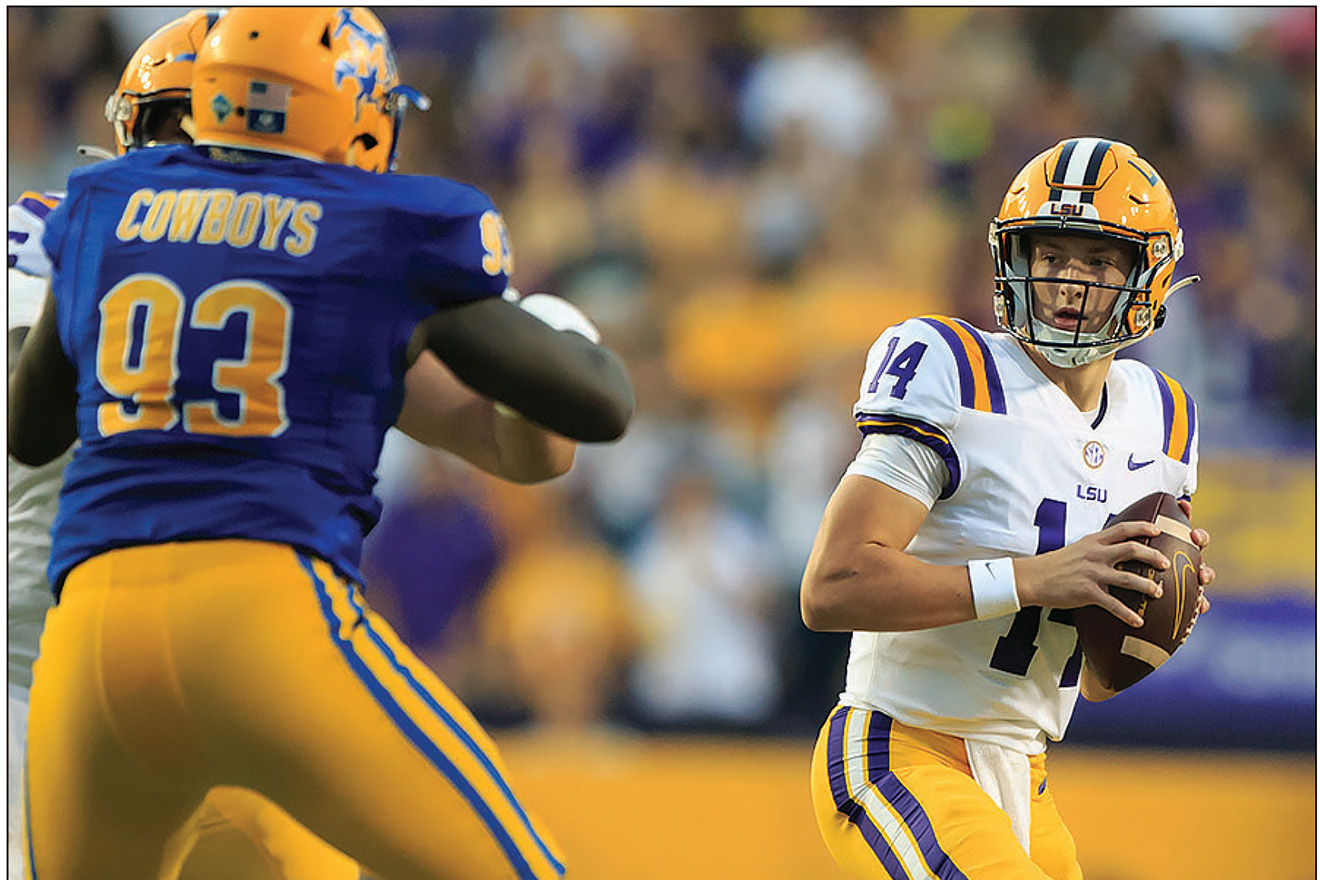 Head coach Ed Orgeron says LSU and quarterback Max Johnson might benefit from getting plays to the field faster and getting the ball into the hands of playmakers. (Kirk Meche / Special to the American Press)

For all the talk about backtracking its offense to the Joe Brady-led circus of 2019, thus far LSU’s approach has been about as up-tempo as Tiger Stadium’s post-game traffic.

There’s hasn’t been much rhythm either, possibly a side effect.

Head coach Ed Orgeron isn’t junking the “Back to the Future” plans just yet, but he wants to see some adjustments when the Tigers take on Central Michigan Saturday night.

“There’s a lot of things on offense that need to get fixed right now,” said Orgeron, who brought in Brady protégé Jake Peetz as offensive coordinator and Peetz’s hand-picked assistant D.J. Mangas as passing game coordinator.

But the first two weeks’ offensive struggles have given him pause. Orgeron has noticed what fans in the upper deck have detected — for an alleged beep-beep offense, it sure seems to involve a lot of standing around and waiting.

He didn’t blame the new offensive hires, but neither Peetz nor Mangas has ever called plays at this level.

“Different tempo for the offense, sometimes fast, sometimes slow,” Orgeron said. “Be more decisive. I think we need to get our players in better positions get the ball to our playmakers in space and let them make plays.”

The Tigers’ offense, though generally breaking the huddle in plenty of time, always seems to be in a desperate race to beat the play clock.

After reaching the line of scrimmage, the offense waits for further instructions from coaches analyzing the defensive formation from the press box, which then must be relayed in from the sideline.

But that wait has often been excruciatingly long, with a lot of standing around looking over at the sideline like meerkats before beginning the mad-cap race to finally hurry up sometimes just to avoid a delay-of-game penalty rather than to force the tempo.

You can almost read it in the fans eyes — Snap the blasted ball!!!

A patched-up offensive line has gotten most of the blame, but of all the units, it needs to get into a flow of the game, which isn’t happening after the long wait.

“I think it’s more we’re trying to look over, get the perfect play for the perfect defense,” Orgeron said. ‘We had a (coaches) discussion. We’re better off sometimes going with what we call ‘warp’ — go fast and attack the defense. We’re going to practice that this week.

“I do believe that we have the athletes on offense that can go.”

But only if they go faster.

In fact, the pursuit of the perfect play for whatever defense may be backfiring,” Orgeron said.

“It does give the defense a chance to change and change — and they have changed their defenses almost every time.” 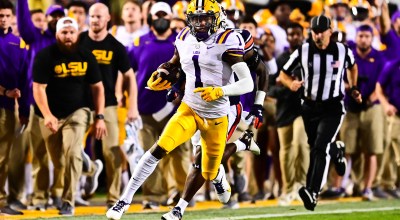