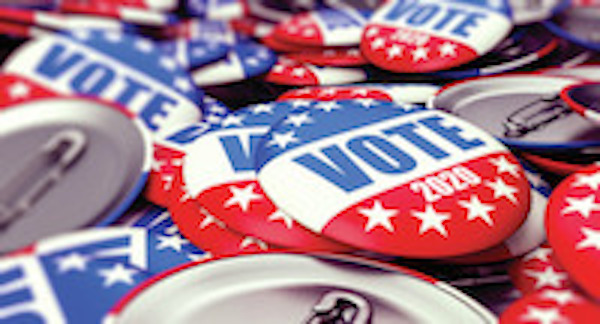 Some Louisiana legislators are looking at a new Texas voting law that they may want to copy at a future session. A number of voting bills were filed at this year’s session, but unnecessary measures didn’t survive.

Democrats say the law that Republican Gov. Greg Abbott of Texas signed weakens minority voter turnout and guarantees the GOP will retain control of the Lone Star state’s politics. Former President Donald Trump carried Texas last year but only by  5½ points, the thinnest margin of victory by a GOP presidential nominee in decades.

Texas is among at least 18 GOP-controlled states that have enacted new voting restrictions since the controversial 2020 presidential election won by President Joe Biden. Three federal lawsuits have already been filed challenging the law, but Abbott said he believes it will survive court challenges.

The Texas law bans 24-hour voting and drive-thru voting. CNN reported that both those changes are aimed at Houston, which is in Harris County. In 2020, the county opened eight locations for around-the-clock early voting. It was a popular move among shift workers.

The Associated Press said the changes affected Harris County that Biden carried by a 13-point margin. The county tried to send absentee ballot applications to more than 2 million of its registered voters, but the Texas Supreme Court ruled that isn’t allowed.

The county, because of the coronavirus pandemic, opened 10 drive-thru voting centers that would no longer be allowed. That made it possible for 127,000 people in the county to cast their votes.

Voters will have to provide either their driver’s license number or the last four digits of their Social Security number on their application for an absentee ballot and on its return envelope. Those numbers will be matched against voters’ records to make sure they are who they say they are.

Voting officials also can’t provide absentee ballot request forms to get-out-the-vote groups. Political parties can still send unsolicited absentee ballot applications, but they will have to pay for them.

Political party poll watchers are given free movement at polling places but can’t watch a voter cast his ballot. Poll watchers will have to be trained and those who break the law can be kicked out of polling places without warning. CNN said that was a concession to Democrats who argue that use of poll watchers leads to voter intimidation.

Those who assist voters with disabilities — other than caregivers — will have to fill out a document showing their name, address and relationship to the person they help cast a ballot. They would also have to take an oath pledging to obey certain limits to what they are allowed to do.

Monthly voter checks will also be required. The Texas secretary of state’s office will be required to make sure no one is on the state’s voter rolls who said they were not a citizen when obtaining or renewing their driver’s license or ID card.

NAACP President Derrick Johnson, in a statement issued when the Texas bill was signed, said, “Black votes were suppressed today. Texas Gov. Greg Abbott has intentionally signed away democracy for so many. We are disgusted.”

Democrats in Congress are trying to pass new federal voting rights protections at the federal level, but they can’t overcome Senate Republican opposition.

Louisiana’s Democratic Gov. John Bel Edwards vetoed three voting bills passed earlier this year. They got the legislative auditor involved in election audits, got political parties involved in poll watching and would have made absentee voting more difficult. One left on the calendar would have used utility customer lists to verify voting lists.

None of those measures are necessary in a state that has one of the most secure voting systems in the country. Like voting laws in other states, they were mainly driven by Trump’s false claims that the election was stolen. He happened to carry Louisiana with 58 percent of the vote to 40 percent for Biden.

Saying Louisiana needs new voting laws like the one in Texas to make elections more secure is simply a smokescreen designed to strengthen GOP control of elections and lawmaking.