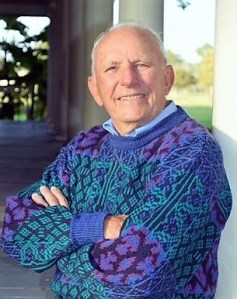 Andrew (A.J.) Boullion, Jr. passed away Tuesday, September 14, 2021, in local hospital. He was born on a cotton farm in Jennings, LA on August 5, 1931, to Andrew Boullion, Sr. and Ovelia Veronie Boullion.

They moved to Lake Charles in 1937 where A.J. graduated from LaGrange High School in 1950; the first full 12-year class instituted by the state of Louisiana.   He attended S.W. La Trade School, now SOWELA Technical College.  A.J. married the love of his life, Elsie Donaldson in 1952 and they moved to Sulphur in 1956.  He joined Conoco Refinery in 1956; after several years, A. J. transferred to Vista Chemical, now Sasol.  He retired after 37 years as a Rotating Equipment Supervisor.

He was an active member of St. Theresa Catholic Church in Carlyss, where he taught CCD for 50 years as well as RCIA and adult confirmation classes.  He served as Eucharist Minister for 41 years; bringing the Holy Eucharist to hospital patients and ‘shut-ins’. A. J. served on the parish council and as a trustee, he was an auxiliary member of the Legion of Mary, and a companion of Honor of the Diocese of Lake Charles.  A.J. made Cursillo 343, he attended the annual retreat in Grand Coteau for 60 years and was the retreat captain for 50 years.  He began the six mile “March for Christ” in 1973 which now has over 400 participants every Good Friday.

He was preceded in death by his son, Jeffrey Boullion; sisters, Winnie Mier, Adley Janise, and Winnie Ola Crador; and brother Wilford Boullion.

A Mass of Christian Burial will be 10am, Monday, September 20, 2021, in St. Theresa Catholic Church of Carlyss. Burial will follow at Mimosa Pines Cemetery of Carlyss. Father Luke Krzanowski, M.S. will officiate.  Visitation will be held at Johnson & Robison Funeral Home 2pm – 9pm, Sunday, September 19, 2021, with a recitation of the Rosary at 6pm. Visitation will resume Monday 8am – 9:30am. Words of comfort and memories may be shared with the family at www.robisonfuneralhome.com.