Disaster assistance request for SW La. makes it to budget 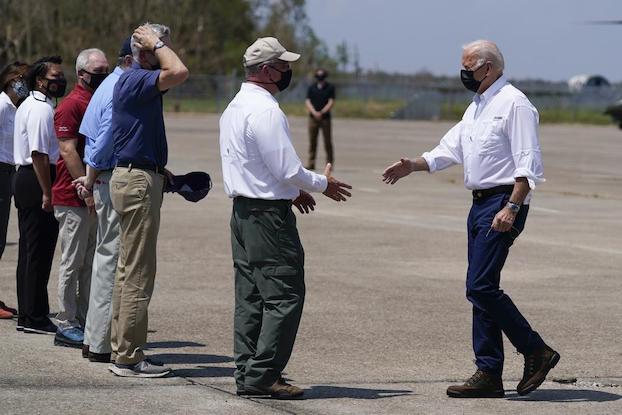 A formal request for supplemental disaster assistance for Hurricanes Laura, Delta and Zeta recovery has finally made it to the White House’s budget, U.S. Sen. Bill Cassidy, R-La., announced on Tuesday. The move is “long overdue,” he said.

“We’ve been working, working, working and working for a year and I think it’s finally here…If there’s a silver lining out of Ida, it kind of pushed the 2020 natural disasters to the forefront,” he said.

Cassidy said President Joe Biden has expressed a desire to help the entire state.  “Whenever I meet with the president when he comes to New Orleans, I always mention Southwest Louisiana. Yes, we have to do something about Ida, but we have to finish up with Laura first.”

Cassidy said he shared the news with Lake Charles Mayor Nic Hunter prior to the Tuesday mid-morning announcement in what he described as “a good conversation.”

“He was speaking about some of the plans he has to do with that money to help Lake Charles come back even stronger,” Cassidy said.

The bi-partisan Infrastructure Investment and Jobs Act Cassidy has been promoting is scheduled to go to a vote at the end of the month. With funds for disaster mitigation, coastal resiliency, rural internet access and more, if passed, the bill “helps address the pent up demand but also prepares us for the next Hurricane Ida,” Cassidy said.

For those against the measure, “I can’t imagine why you are,” he said.

“Whenever I hear reasons why people are opposed…It just doesn’t hold water. It is not the $3.5 trillion liberal wish list…It does not have Green New Deal or social programs…It provides $1.2 billion more than Louisiana would otherwise receive for roads and bridges.”

In other news, Cassidy continued to emphasize the efficacy of the COVID-19 vaccines. When questioned about the use of Ivermectin, he said he isn’t up to date on the latest literature on the drug but is well-read on the vaccine’s benefits.

“On the other hand, I have personal experience with people who refused the vaccine, took Ivermectin and died. The vaccine is almost entirely effective at preventing death, Ivermectin is not.”