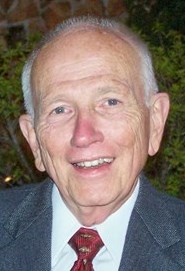 Dr. Fred Gustav Sahlmann, Jr. 91, of Lake Charles, passed away on Sunday, September 12, 2021 at his residence. He was born to his late father and mother, Fredrich Gustav Sahlmann Sr., and Annetta Johanna Sahlmann on April 2,1930 in Charleston, South Carolina. He was a music professor at McNeese State University for 40 years part of which time he was Chairman of the Department of Music. McNeese honored him as Professor Emeritus in 2006.

Dr. Sahlmann made his first orchestral solo appearance as a pianist at age 15 with the Charleston Symphony Orchestra. He earned Bachelor of Arts and Bachelor of Music degrees at Elon University in North Carolina, Master of Music from Columbia University, a Fulbright Grant to study piano for a year at the Academy of Music in Vienna, Austria, and a Doctor of Musical Arts from the Eastman School of Music, University of Rochester in Rochester, New York. His teaching career began with eight years at Elon University followed by his appointment to McNeese in 1964. He was a founding member of the mixed chamber ensemble PASTICHE. A crowd favorite, he appeared many times as guest soloist with the Lake Charles Symphony with William Kushner conducting.

Equally gifted as an organist, Fred played for several congregations throughout his long career, most notably his 30 year tenure as Organist/Choirmaster at the Episcopal Church of the Good Shepherd in Lake Charles.

He is well remembered and respected by the great number of students who studied piano, organ and/or music theory with him, many of whom are now wonderful teachers and performers who were influenced by his artistry and who continue to perform and to educate students nationally and internationally.

He was a member of the Lake Charles Piano Teachers Association as well as Louisiana Music Teachers Association (LMTA) for whom he served a term as president. He and his wife were honored as Outstanding Teachers of the Year by LMTA in 2009. He was an avid gardener who concentrated on growing and showing orchids. After retirement from McNeese, he enjoyed playing bridge several times a week at the Lake Charles Bridge Club.

Services will be held at the Episcopal Church of the Good Shepherd on Thursday, September 16, 2021, at 12:30pm, with The Very Reverend Frances “Boo” Kay officiating. Visitation will begin in the church chapel, beginning at 10:30am until the procession into the church for a 12:30pm service. A reception will follow the service in Hardtner Hall for a time of fellowship with family and friends.

The family would like to express their deepest gratitude to Amedisys Hospice and LeeAnna Stevens Caregiving Service for their wonderful care they provided for Dr. Fred. In addition, the family appreciates their loving close friends, Donna Little and Lamar Roertson, along with many others.