DeRidder man accused of shooting another in neck during fight 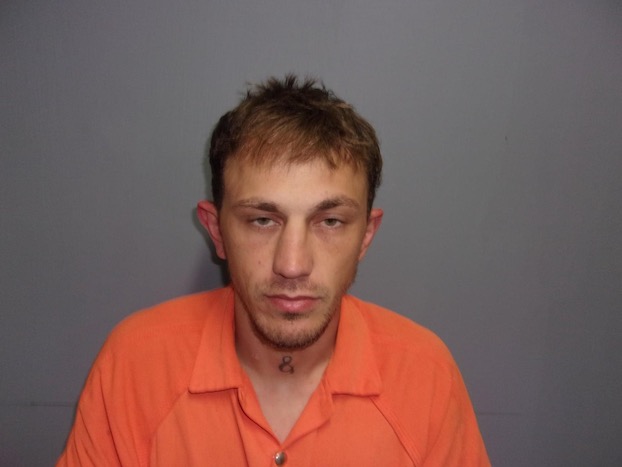 A DeRidder man was arrested Thursday night for allegedly shooting another man in the neck after the two became involved in a physical altercation at a cemetery, according to authorities.

According to Vernon Parish Sheriff Sam Craft, the investigation into the incident began when a victim identified as 25-year-old Lane Douglas Van Winkle of DeQuincy was brought into a local emergency room suffering from an apparent gunshot wound to his neck.

VPSO detectives immediately identified a female subject who claimed she had been traveling with Van Winkle in the Evans area when the pair had pulled over to the side of the road and were approached by an unknown man who got into an argument with Van Winkle and shot him.

As the investigation continued, Craft said detectives determined there were actually two women with Van Winkle at the time of the shooting, as well as another man identified by witnesses as Clark.

According to the witness, the group of four traveled to a cemetery in Evans located in the area of Jarrell Loop where one of the women claimed her brother was buried.

Through further interviews, the woman admitted that Van Winkle and Clark became involved in a physical altercation. During that event, the woman said Clark grabbed a handgun from the vehicle and shot Van Winkle in the neck.

Following a canvas and search of the area, detectives successfully located Clark at about 5 a.m. at a motel in the Leesville area, along with one of the female witnesses from the scene of the shooting.

Craft said Clark was found to be in possession of a .9mm handgun reported as stolen out of Beauregard Parish, and that he was taken into custody without incident.

Clark remains in the Vernon Parish Jail with no bond set.

As of Friday, Van Winkle is reported to be listed in stable condition.