New broadband network to be offered in LC, Sulphur, Westlake 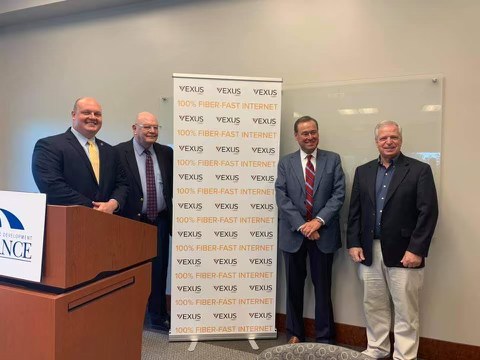 Vexus Fiber, a company based in Lubbock, Texas, joined local officials at the Seed Center Wednesday to announce a $50 million investment in a new fiber broadband network that will serve residential and commercial customers in Lake Charles, Sulphur and Westlake.

Jim Gleason, president/CEO of Vexus Fiber, said construction should start in the early part of 2022 and take more than two years to complete. The goal, he said, is to get a significant share of the market for customers in those three cities and provide a better-performing, high-capacity broadband network. Vexus also operates in Hammond, and Covington, as well as several Texas markets, such as Amarillo, Abilene and Wichita Falls.

“We believe that this is an area that has a clear need for a new broadband provider,” Gleason said. “What we see now in the needs of broadband consumers is an entirely new network that can provide the services needed not only now, but into the future.”

Gleason said Vexus will be competing directly with other providers in the area — Suddenlink Communications and AT&T. After Hurricane Laura’s landfall in August 2020, Southwest Louisiana residents and officials strongly criticized Suddenlink for its slow response in restoring internet service and its poor communication with customers. Gleason said Vexus operates more as a regional company, compared to the larger national companies.

Gleason said the new fiber optic networks will be “future proof” and will continue to work during a massive power outage. He said the network will differ from the typical copper-based broadband networks that are upgraded over time.

“It’s really just a terrific fit for us,” Gleason said. “We look for growing economies. This area is really a thriving part of the country, but also really fits our community size.”

Gleason said the changes that stemmed from the COVID-19 pandemic, including Zoom and other virtual meetings, saw a huge growth in bandwidth consumption. Existing networks had a hard time keeping up with the demand, he said.

“As things have started to reopen, bandwidth has not dropped,” he said.

Gleason said the Vexus-run networks in areas impacted by Hurricane Ida have performed well, even after the Category 4 storm made landfall Aug. 29.

“If you had a generator, you had broadband service,” he said.

Gleason said Vexus plans to open an office in Lake Charles and hire a general manager. Up to 80 construction workers will be hired for the project, and the effort will employ 35-40 full-time employees, he said.

The engineering process is expected to begin within the month and take 4-5 months to complete, Gleason said. In addition to broadband, Vexus will also offer television and telephone service.

Lake Charles Mayor Nic Hunter said the city does not offer a monopoly for an internet or cable provider. He said Vexus’ investment will raise property values and make the Southwest Louisiana region more attractive for start-up businesses looking to invest, especially as more companies rely solely on internet access to operate.

“Today is a good day for the city,” he said. “(Vexus) knows this community is on the rebound. Competition is a good thing.”

“I cannot tell you how many times the calls that I got, asking me why we didn’t have more competition in that field,” he said. “This is an exciting moment for us to know that Vexus is going to be on the ground.”

“Southwest Louisiana needs a change, no doubt,” he said. 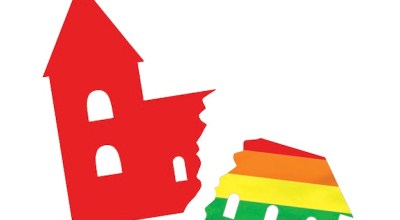 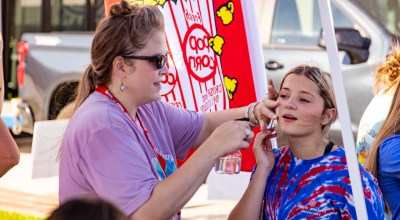