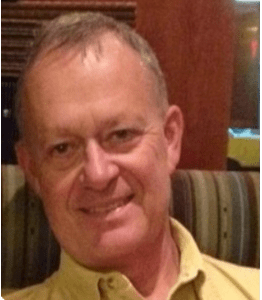 Kenneth was born on Sept. 25, 1955, to Lavina Hine Bailey Porter and John Bailey Sr. in Davenport, Iowa.  He was a 1973 graduate of Hedrick High School in Hedrick, Iowa. Thereafter, he graduated from Indian Hills Community College in Ottumwa, Iowa.  Following graduation, he moved to Lake Charles, La.  He joined the Lake Charles Police Department and then in 1979 became a trooper with the Louisiana State Police. During his tenure with the Louisiana State Police he earned the lifesaving award for saving the life of an infant by performing CPR until the paramedics could arrive on Interstate 10 near Vinton, Louisiana.  He also received  an ACE award for recovering stolen vehicles. He left the Louisiana State Police at the rank of Sergeant in 2004. Following his career as a trooper, he became an Environmental Health and Safety Supervisor and training manager.  He worked for Davis International,  Chesapeake Entergy, Houston Inspection & Field Services and PEC Safety Safeland travelling the United States performing safety training and inspection.

He is preceded in death by his mother and stepfather, Lavina Hine Porter and Richard Porter, mother of his children Karin Robichaux Bailey, and his stepson Michael Christopher Calloura.

A private memorial service will be held at a later date.