Editorial: Recovery from Ida has complications 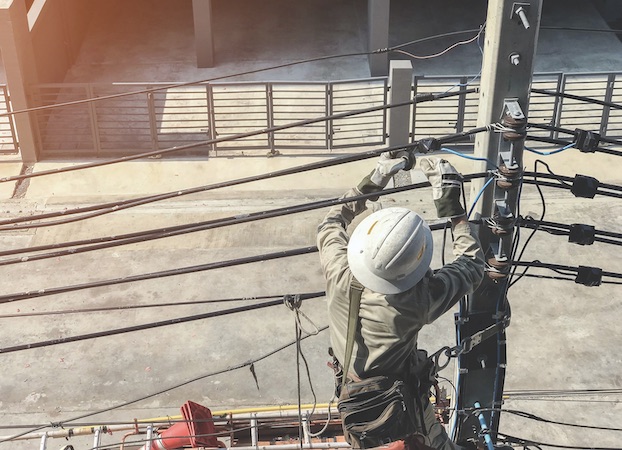 The prospects for getting southeast Louisiana up and running near full speed anytime soon are slim to none. Workers are in short supply, traveling to the area that is short on water and electricity is consuming a lot of time and materials are costly and hard to get.
The owner of a roofing company in Boyce, La., 200 miles northwest of New Orleans, said, “To get everything back like it was, you’re talking … well, we’ll probably be working on this this time next year.”
The Associated Press said people need to remember that Lake Charles still hasn’t recovered from the damage left when Hurricane Laura tore through the area a year ago.
Construction companies have been particularly affected. Building executives were surveyed last month and 93 percent complained of supply shortages. And 74 percent said they lacked enough workers.
The struggle to find enough skilled workers and materials is expected to drive up costs, complicate planning and delay reconstruction for months.
One economist said, “Natural disasters do cause a strain on building materials, reconstruction materials and on labor. The difference today is that the entire supply chain has been battered even before Ida’s occurrence. You really have all these things hitting at the exact same time.”
The roofing company owner said insurance companies are footing the bill for many of the hurricane repairs and that can pose an additional burden. He said he has spent more time fighting with insurance companies over prices than he did roofing houses.
The co-owner of a Houma roofing business said shingles are in such short supply that it’s hard to buy them in the same color consistently. He said he and his customers take what they can get because homeowners want their roofs patched up or replaced as quickly as possible.
Workers that are in short supply include framers, who build, install and maintain foundations, floors and doors and window frames; carpenters; electricians; plumbers; and heating and air-conditioning specialists. That economist said, “Workers — they have the power.”
The Boyce roofing company owner said typical pay for roofers has soared 20 percent over the past year or so. Some can earn $400 a day, he said. “If you don’t pay them,” he said, “someone else will.”
Making matters worse is the fact that power is still out in many places, gasoline is in short supply and the Gulf Coast weather is sweltering.
The roofing company owner said with nowhere to stay, his workers have to commute from Lake Charles, a three-hour drive from the hurricane zone. Hotels with running water, even those without electricity, would help, he said. He added his guys don’t mind cold showers.
Getting things back to normal in southeast Louisiana a year from now appears to wishful thinking, but we hope normalcy isn’t much farther off.