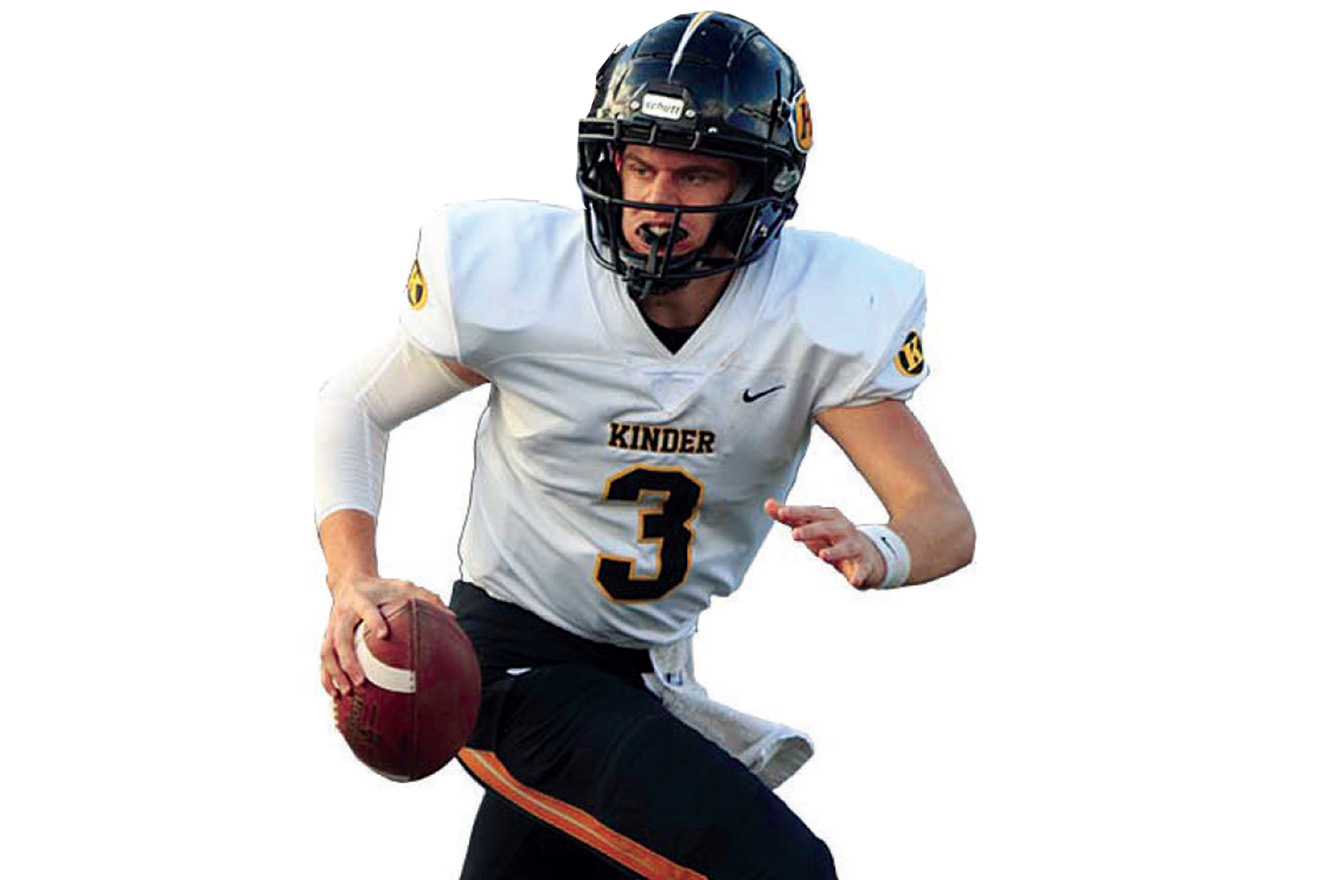 The Battle of the Yellow Jackets has not disappointed in recent years with each of the three Iowa-Kinder games played since 2017 decided by eight points or fewer.

The series resumes Friday night in Kinder with both teams coming off Week 1 wins.

Kinder (1-0) won in dramatic fashion, using a last-minute 2-point conversion run by quarterback Graham Fawcett to squeak by rival Welsh 29-28. Iowa (1-0) raced to an early lead then hung on for a 42-27 win over Iota.

“We learned our kids have some resiliency,” said Kinder head coach Bret Fuselier. “We didn’t play our best game and had every reason to give up but our kids never did.

“The defense gave us a big stop in the fourth quarter to get the ball back. The offense converted a big fourth down on the last drive and executed the 2-point play to win it.”

Fawcett threw for 132 yards and a touchdown and ran for 60 yards and another score on 15 carries in the win over Welsh.

“He commanded the offense, hit some big plays to (receiver Landon Schmitz) and converted the big fourth down on a pass to Jake Roberts,” Fuselier said. “He did some things with his legs. A couple of times he made something out of nothing. He worked hard in the offseason to improve as a runner and passer.”

“Everyone knows about the Deville kid but they also have other guys who are good,” Fuselier said. “Defensively, they are always well coached. It is going to be a chore for us to move the ball against them.”

St. Louis (1-0) will also try to stay perfect Thursday night when it hosts Iota at Sulphur High School. The Saints opened the season with a dominant 50-13 win at Crowley. Saints quarterback James Reina went 6 of 10 for 145 yards and two touchdowns in his first varsity start. Grant Evans had four catches for 108 yards and two touchdowns.

Iota (0-1), fell behind by 22 points to Iowa before twice rallying to get within eight points. Tyler Charlot ran for 203 yards and scored two touchdowns.

LSU has more than a few mistakes to clean…