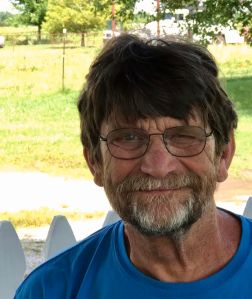 Brian earned his Ph.D. in English Literature at the University of Arkansas in 1994. He worked for the University of Arkansas Press for 22 years, first as a copy editor and then as Managing Editor / Production Manager. As an editor, his high regard for the traditions of publishing were evident in each project he managed. He was respected by the authors he worked with for his erudition and keen eye and was known by his colleagues for being instructive, patient, and kind.

His father instilled in him a love of reading and making that led to his editing career as well as to a life of exploration and creation. As a curious lifelong learner Brian pursued many different interests, all of which were rooted in his respect for craftsmanship, human ingenuity, and useful applications. To watch him take on a new craft was something to see his attention to detail, his dedication to practice, his determination to not just know how to do something, but to fully understand it. His beautifully crafted furniture, clocks, leatherworks, and wooden boxes and spoons; his knitted hats and socks; his bound books and delicately tied flies; and his hand-built boats are all treasures he left behind. He put his heart into the work of his hands and his life and love will live on through his creations.

Family and friends were important to Brian. As a husband, he lovingly provided freedom, encouragement, and commitment. He put so much work into creating a beautiful space for us to live in. As a father, he wisely provided a blueprint for a well-lived life and then trusted in his daughters’ ability to make their own way in the world. He was so proud of them. He was genuinely interested in and connected to his family, from the oldest to the youngest. At any gathering, he truly enjoyed talking to and learning about the lives and interests of each family member. And as a friend, he was loyal and accepting. He showed his love for us all.

Brian had great hair. He loved instant coffee, cake, cigarettes, words, movies, music, art, and cats. He was never frivolous, always humble, spoke purposefully and thoughtfully, and made every conversation smarter and more interesting. He had a gentle, deep-running soul and a quiet but significant presence. He never wanted to be the center of attention, but his humor, intellect, and talent often put him there. He found real joy in the intended and unintended humor of life. Even after moving to Arkansas, Brian always maintained his love of Louisiana and the history of where he had come from. He carried traditions forward and spoke affectionately of places and people long gone. Every year he made gumbo as soon as the weather got cool.

Though these past 18 months of the pandemic were hard, in many ways they gave Brian his ideal life: time to learn quietly, to read, to just sit and look out the window at the beauty of the natural world, to meaningfully connect with loved ones, even from afar. His life as it was on the day he left us was a good one. We will miss him being in the world.

Brian was preceded in death by his parents. He is survived by his wife, Jeanne Daigle King, formerly from Lake Charles; his daughter, Allison King Everage and her husband Richie; his daughter, Hannah Evangeline King and her husband Ryan Paszek; his grandchildren, Ian, Anya, and Malia Everage; his sister, Gail Harmon and her husband Don; his inlaws, Kathy D. Daigle, Pam Daigle Arnold, Libby Daigle Barbee, Jim Daigle and their spouses; many nieces and nephews; and dear and devoted friends.

A memorial service will be held at a later date. Memorials can be made to the Shiloh Museum of Ozark History, 118 West Johnson Avenue, Springdale, AR 72764.

Final arrangements were made under the direction of Nelson-Berna Funeral Home in Fayetteville, Arkansas. To leave an online guest book message visit www.bernafuneralhomes.com.