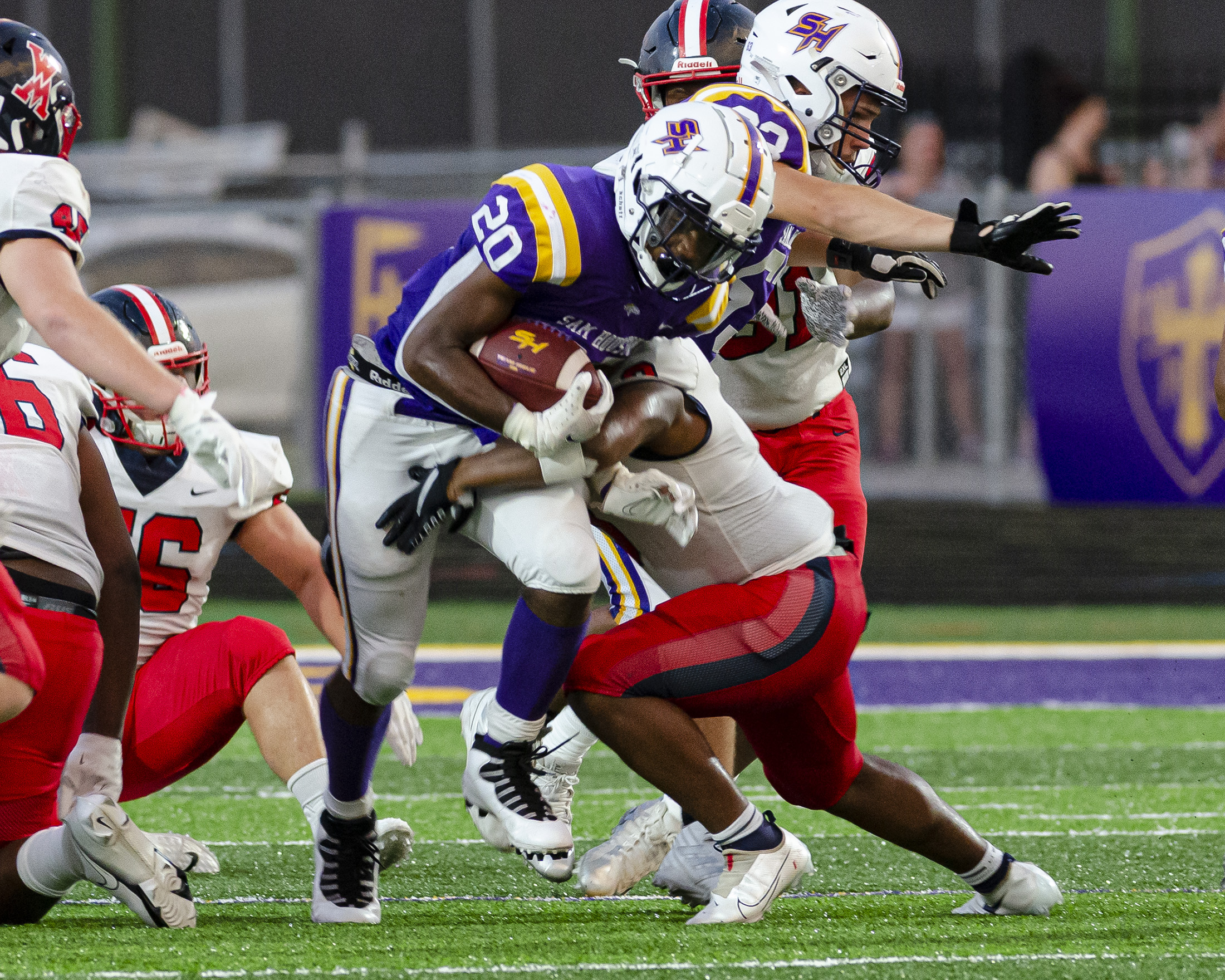 The Class 5A powerhouse Rebels’ Chauncey Lee picked off a pass on the Broncos’ first play from scrimmage, and Tag Banks had a pick-six as the Rebels raced to a 14-0 lead.

“It was a rough start,” Sam Houston first-year head coach Chad Davis said. “A couple of guys got hurt early and there is nothing we can really do about it.

“We had a lot of young guys that had to play. The biggest thing is these kids have a lot of heart. They know what is at stake. We lost this one, but they are going to learn from it. We are going to come out next Thursday against La-Grange, and we are going to fight.”

“We think that we are really good in the secondary, and our linebackers have really had a great fall camp,” West Monroe head coach Jerry Arledge said. “I understand the situation here (Sam Houston).

“I don’t know what our team would be like had we not played a game last year. I know that has to be devastating to the program and all the programs in this area that didn’t get a chance to play. Overall, I thought our kids came out and played really hard on both sides of the ball. That is the things we have been stressing.”

After falling behind 16-0, the Broncos got a chance to turn the momentum when junior linebacker Josh Lemonier recovered a fumble with 8:51 left in the first quarter. But the Broncos went three-and-out and the Rebels tacked on two scores before the end of the quarter on a 56-yard reception by Hayden Federico and a 74-yard run by Rayshawn Pleasant. Sam Houston recovered three fumbles.

Pleasant, a Louisiana Tech commitment at defensive back, led the Rebels ground game with 102 yards and two touchdowns on six carries. The Rebels finished with 340 rushing yards.