Rams pull away from DeQuincy in second half 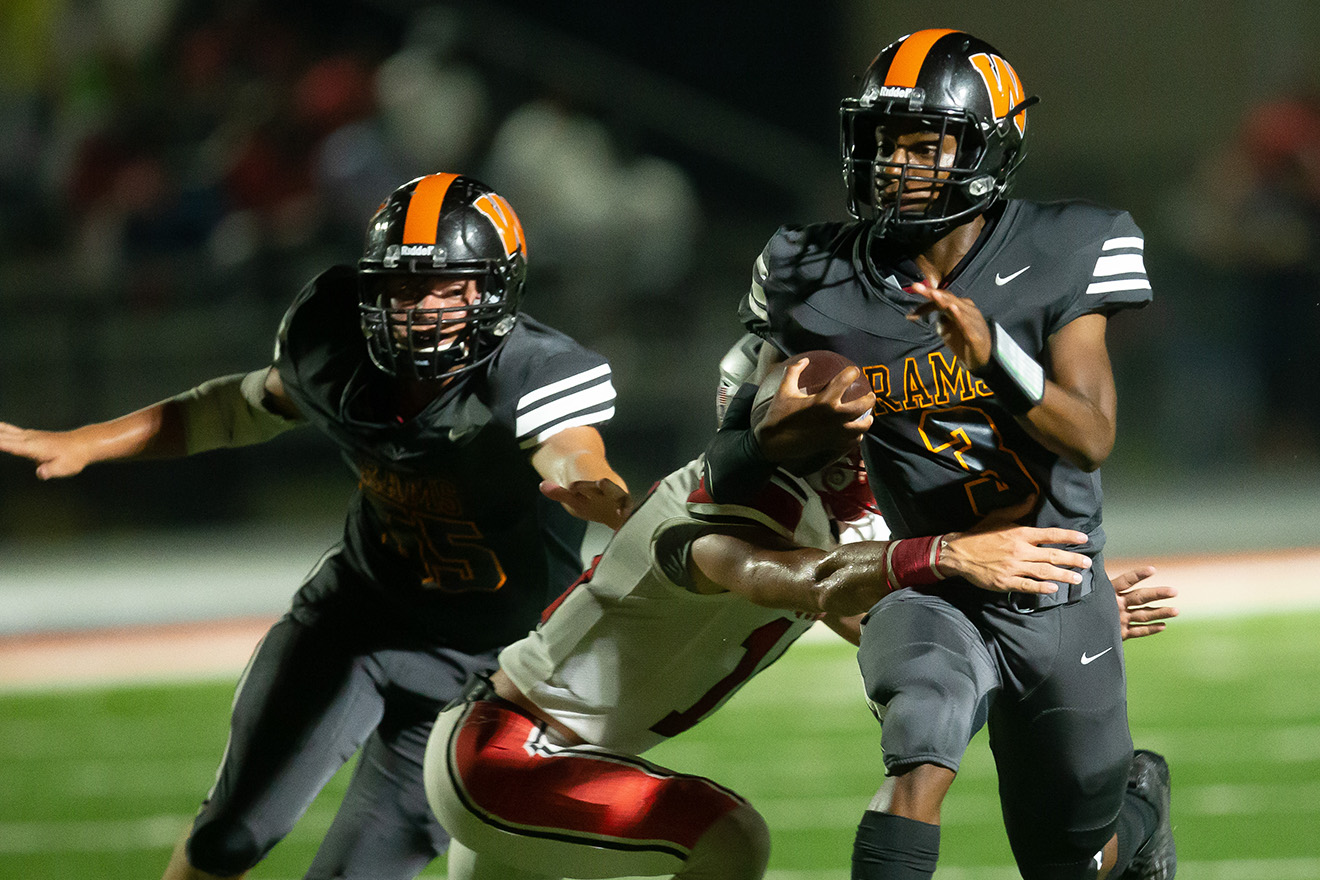 WESTLAKE — After surviving the first half on a string of fumble recoveries, the Westlake Rams found their groove in the second half of a 33-15 nondistrict win over DeQuincy.

In a bizarre first half, DeQuincy maintained possession for the entire first quarter, but still trailed 7-0 after a goal line fumble was recovered by the Rams. Westlake fumbled on the return, but Keelan Ozane recovered the second fumble and raced 75 yards for a touchdown.

On their second possession, the Tigers reached the Westlake 2-yard line before losing another fumble.

After forcing a three-and-out, the Tigers made it a hat trick of lost fumbles when quarterback Reese Ashworth was sacked. Bray Treadwell recovered and ran 50 yards to set the Rams up at DeQuincy’s 34.

The drive stalled and resulted in a missed field goal attempt.

DeQuincy’s Gavin Gary intercepted a Westlake pass in the final minute of the half. On the next play, he got behind the Westlake secondary and scored on a 55-yard pass from Reese Ashworth with eight seconds left in the half to knot the score at 7-7.

DeQuincy outshined Westlake 158-48 in the half, running 36 plays from scrimmage. Westlake ran just 12.”

The Rams took a 15-7 lead with a 52-yard touchdown drive to open the second half. Jamaal Guillory picked up 11 yards on a fourth down run then scored on a 6-yard quarterback keeper.

The Rams extended the lead to 21-7 on the first play of the fourth quarter, a 15-yard run by Jace Dawson.

After forcing a three-and-out, Dawson capped a short TD drive with an 8-yard run to extend the Westlake lead to 27-7.

DeQuincy’s Hudson Snyder scored on a 51-yard run on the next play from scrimmage to narrow the deficit to 27-15.

Guillory scored again on a darting 65-yard run two plays later to regain control for the Rams at 33-15.

The Rams ran for 255 yards in the second half. Guillory finished with 140 yards on eight carries. Branson Jupiter had 72 yards.

Rosy outlook for LSU, all but Nabors healthy for…