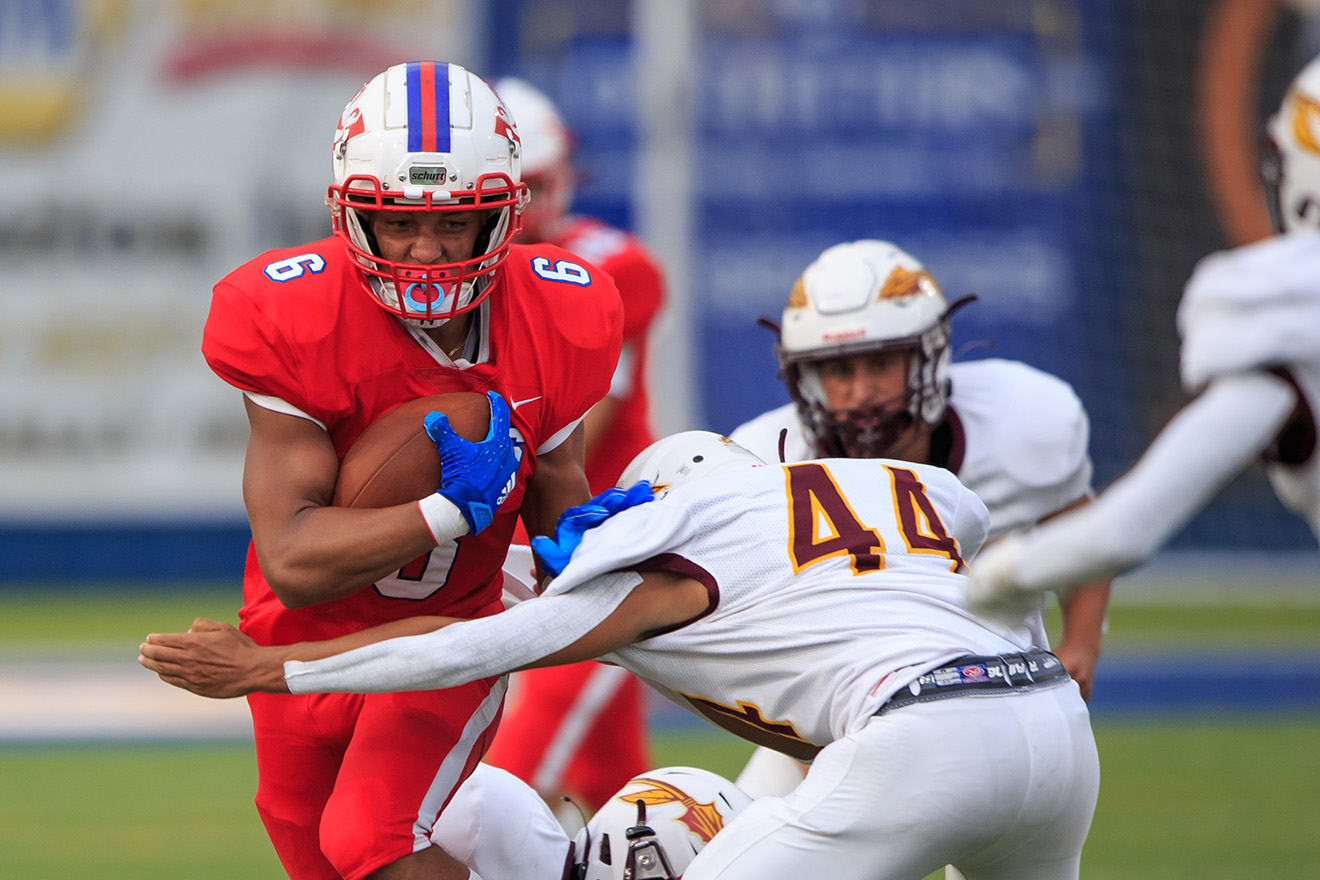 SULPHUR — It looked like the football gods were conspiring to ruin the Vinton Lions’ season opener Thursday at Sulphur’s Matt Walker Memorial Stadium.

, there was a lengthy lightning delay. But Vinton put together its best offensive performance in more than a year to beat Elton 54-19.

It was the most points scored by the Lions since a 57-13 win over Highland Baptist in Week 2 of the 2018 season.

After a close first half, Vinton led 27-13 at halftime.

Elton cut the deficit to 27-19 on an 8-yard run by Sherman Bellow, but the Lions reeled off 27 consecutive points to put the game away.

Vinton backup quarterback Hadly Warner scored twice in the second quarter on runs of 4 and 1 yard.

Bellow had a big game for the Indians with 75 yards and touchdown on 13 carries plus 130 return yards, including a 74-yard kick return touchdown that cut Vinton’s lead to 7-6 with 6:52 left in the first quarter.

Haunted by hurricanes but all is well as Huderson…