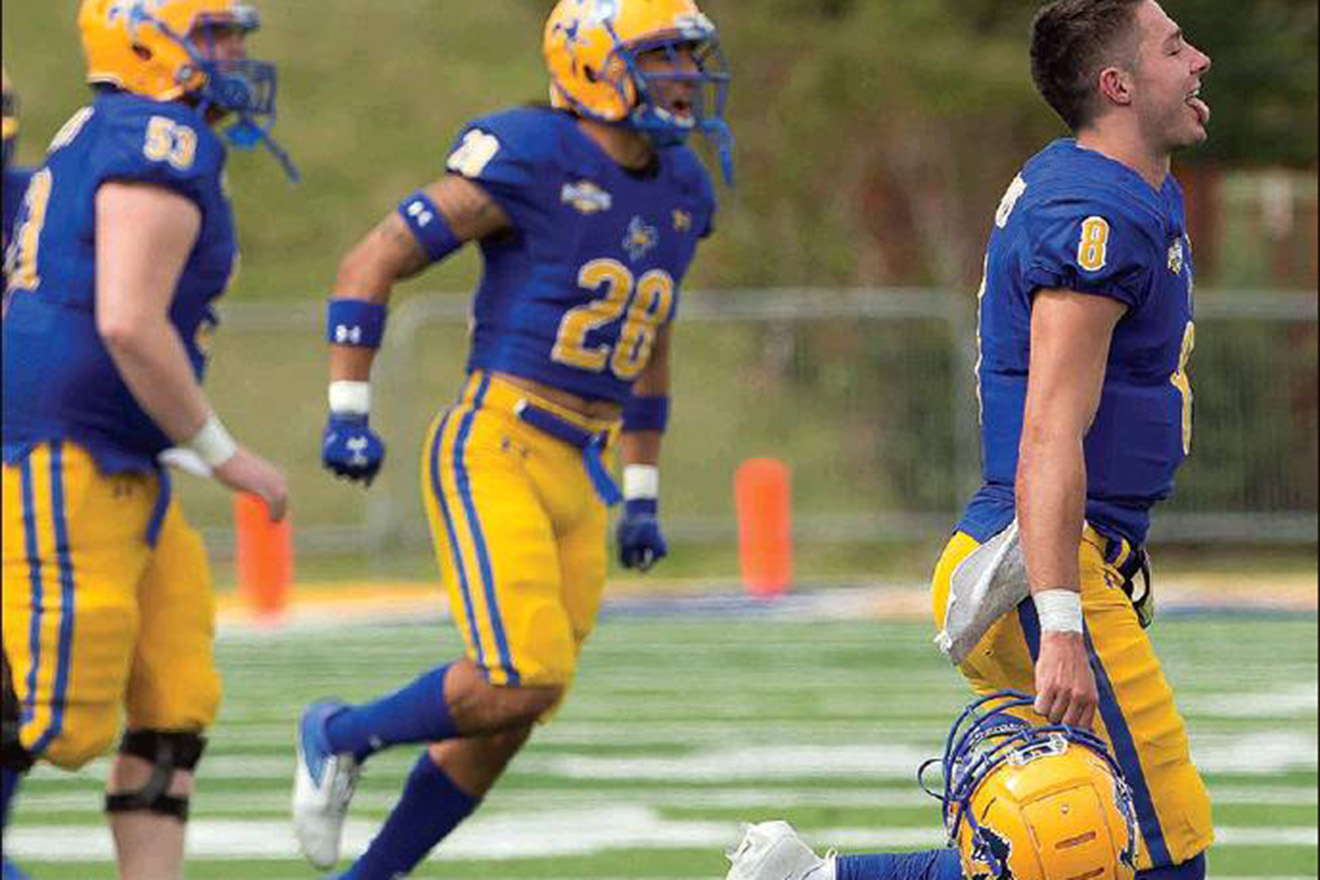 Moments after the 2018 football season ended and McNeese State, once 5-1, had finished 6-5 and out of the playoffs, a player was asked, what happened?

The Cowboy said, “That’s what happens when you have a divided team.”

At that point the McNeese program was a mess. The Cowboys started the 2018 campaign fast, led the Southland Conference and were talking playoffs just weeks before those comments and the season’s collapse.

It’s hard to say just where or when the divide began, but it is safe to assume it started about the time of the bye week, a change at starting quarterback and a defense and offense that hardly got along.

“We were not a close group,” said defensive back Colby Richardson, one of the few Cowboys who have been around since then.

Richardson stopped short of saying those Cowboys were divided or the defense and offense didn’t get along, but clearly there was friction between the groups.

Those days are long gone. This group of McNeese players are not only on the same page, they are reading at the same pace.

“Coach (Frank) Wilson has done a great job bringing this team together. It is a refreshing vibe.”

Orgeron is one of the leaders but he is not alone. There are a group of players who are front and center when it comes to the Cowboys, who handle things in the locker room.

The Cowboys confess there are flare-ups in practice, but they are over quick. The battles are hard, but they are about working together not beating each other.

“This is a mature football team,” said Wilson, who enters his second season with the Cowboys. “They know how to prepare, respect the other guy and get their work done. They don’t take cheap shots.

The only coach who has been here through a third staff since 2018, Landon Hoefer, said he notices the differences.

“Every team is different but these guys have meshed very well,” said Hoefer, who coaches running backs. “It is a locker room that seems to have one heartbeat. It’s what you want, but it hasn’t always been that way.”

Hoefer said he saw the team come together during the summer, when they worked out with a purpose.

“They did a lot in the weight room, pushed each other and worked together to get each other better,” Hoefer said. “This team drew closer in the spring also.”

While a few McNeese clubs in the past would go their separate ways after practice, this one does not. They eat together, hang out together and have been through hard times together.

“You see older guys all the time having genuine conversations with true freshmen,” Orgeron said. “That didn’t always happen here.”

Part of that could be because of last year’s coronavirus pandemic and two hurricanes when all they had was each other. They learned they could count on one another, and at times even had to do so.

“They are my family,” is how all-American defensive end Isaiah Chambers put it. “When I needed help they were there. You don’t turn your back on family. You don’t walk away from family.”

Chambers lost everything during Hurricane Laura. He started a Go-FundMe page for help.

“These guys, this community, they came up big for me when I needed it,” said Chambers, who despite having not played a down for McNeese before the storms stayed not only through the spring but for an extra year this fall.

In past years players often left McNeese the first chance they got. Not now. Tulane transfer running back Stephon Huderson came to McNeese because of its new culture.

“I talked to people, heard about what coach Wilson was doing and how much guys liked it here and that’s why I came,” he said.

When asked if it was the right move, Hudson said, “Absolutely. I have never played on a team this close.”

To a man the credit is given to Wilson, who came in during one of the darker times in program history. They had had three coaches in five years, were barely over .500 and on the brink of NCAA academic probation. And they were a divided squad with little accountability.

“I don’t really know about before I got here, but I know about the history of McNeese and the tradition of how close a team this has always been,” Wilson said. “It is what we want to bring here. You do that by making sure they understand the team comes first.

“I know what it looks like to have a successful team. I know the culture we want to obtain. We want veteran players taking stock in younger players, playing big brother. It’s our past and we want to embrace that.”

These Cowboys look to have fun when they can too. Wilson is demanding but also seems to know when to let players let off some steam.

After the first touchdown during the opening scrimmage the offensive line slid into the end zone and acted like they were rowing a boat together. When the defense intercepted a pass moments later they posed for a picture in the end zone.

No taunting of the other side, just fun with friends.

“Coach Frank makes it fun to work,” Richardson said. “He is the reason for the different attitude. He knows how to get us to work and knows when we need to have some fun.”

“Coach makes this about family,” Orgeron said. “Maybe the hurricanes had something to do with that, maybe its because we all have been here a while and just want to win. But we are close because we get along and he is the one that makes us that way.

“He’s been the biggest change. He makes you want to be better.”