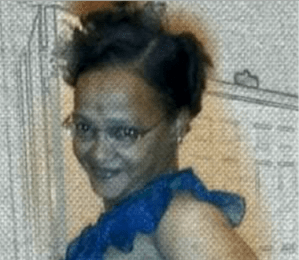 Sandy was born on April 9, 1970, to the late Clarence and Glory Stevens in Lake Charles,La. She was the baby of the bunch, the spoiled one who always got to tag along. One of her fondest memories was riding with her dad every Sunday in his taxi. She was a graduate of LaGrange High School.

She met her husband Fred in 1984 at the age of 14 and said she knew he was the one! They moved to Sulphur and married on June 1, 1999. She loved being a wife, mother, sister, and grandmother. She enjoyed every minute of spending time with her grandkids. Some of her favorite hobbies were listening to Zydeco music, gambling with her sisters, cooking for her family, and creating everlasting memories with her daughters. Wherever she went, you knew she was there because you would not miss that voice and incredible one-of-a-kind laugh.

Sandy was always a leader and hard worker, with that work ethic, she excelled as a manager for 20 years in the Customer Service Industry, but that was not enough for her. She would go on to spend the next 10 years working in the school system before spending her last year’s being a “Rock Star” to her family.

Her funeral will be at 2PM Saturday August 28, 2021 Stevens’ Funeral Home.  Burial will be in Perkins Cemetery in Westlake.  Visitation Saturday 12:45PM-2PM.