Meteorologist: All areas of La. coast at risk 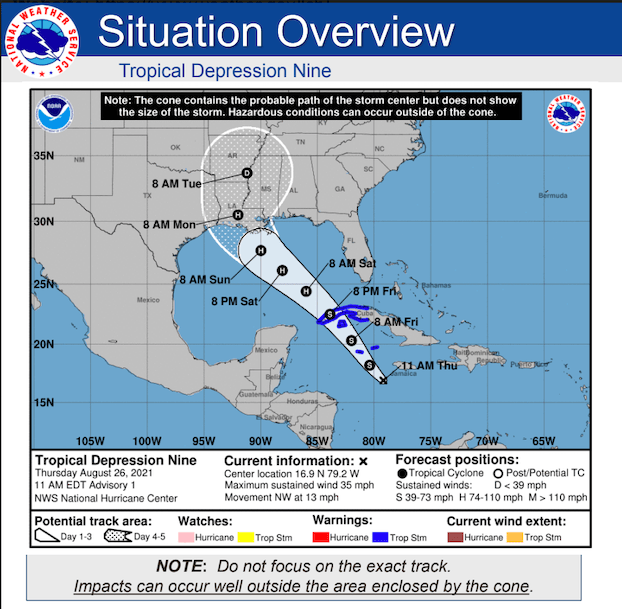 Tropical Depression 9 has formed in the west central Caribbean.

“Typically the worst part of a hurricane is where it makes landfall, and places to its east,” Erickson said. “Since we are in the early stages of Tropical Depression 9, all areas of the Louisiana coast are at risk.”

Erickson said while the error cone extends into southeast Texas, Southwest Louisiana is not out of risk yet.

“This system has the potential to shift further west, so stay tuned for updated forecasts as we go into the weekend,” he said.

In addition, the are is expected to have daily showers and thunderstorms before this system reaches the area. During periods of heavy rains, some roads could temporarily flood.