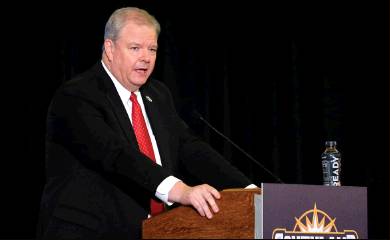 As sharks circle around his conference, Tom Burnett is staying focused on the job at hand.

The Southland Conference commissioner is just months removed from having his house raided five of its most prize possessions. What is left are more than a few questions as the new football season quickly approaches.

“I want to stay positive,” said Burnett. “I want to showcase our members as best we can.”

Last January after a month of rumors, four Texas schools bolted for the Western Athletic Conference while Central Arkansas went east to the Atlantic Sun.

While change is nothing really new to the Southland, which has had a history of teams coming and going, this was different. These five schools didn’t leave to move up to the Football Bowl Subdivision (FBS) level. They all left for other Football Championship Subdivision (FCS) leagues.

That’s like changing apartments not moving into a new home. That last time the Southland lost a team to another FCS league was when Jacksonville State left for the Ohio Valley Conference 20 years ago in 2002.

“It was hard to see those schools go, but we tried our best to convince them to stay,” said Burnett. “We had the athletic directors of those schools in and conversations with them.

“In the end they elected to go elsewhere.”

As aftershocks from the news of Texas and Oklahoma heading to the Southeastern Conference continue to change the college sports landscape, Burnett says he is watching but not obsessed with how that might trickle down to his league.

“You can’t help but stay connected in my position,” he said. “We watch but nothing right now concerns me about FCS when it comes to what’s happening in the bowl division. We think FCS football is on solid ground.

“What we have focused on and continue to focus on are the positives. Ensure with our folks that we will value and showcase their membership.”

When the summer of exodus finally came, Southland officials promised to look at all aspects of their league. They were talking about rebranding and maybe even renaming the conference. There was also talk of looking into gaining new members.

Since then not much has happened.

“Just because you may not see anything we are working hard to get things done,” said Burnett.

He said ultimately it is up to the league’s eight presidents as to what direction the SLC goes in. McNeese’s President, Dr. Daryl Burckel, confirmed the school’s meet and are in the process of examining possible new members.

Burnett said no school had been extended an offer from the SLC. However, sources have told the American Press West Florida, the defending Division II champs and McNeese’s season-opening opponent on Sept. 4 had been considered and declined at this time.

There were other rumors that the league was pursuing some SWAC schools, but those have died down. Now talk is the Southland might be considering the likes of Midwestern State University in Wichita Falls, Texas or Texas A&M Commerce.

Burnett would not comment on who the league is or is not considering, only to say it is a process.

“That is a concern, but you can’t just go out and get teams,” said Burnett. “You lose schools very quickly but adding schools is a different process. That takes time. You want to get the right schools.”

Interestingly, the SLC is in the same boat as the Big 12 in FBS. Both conferences are under attack and share the same footprints. They also share game officials.

Burnett is also looking forward to the new season in hopes of showcasing the league’s talents.

With roughly 82 percent of the players returning and an influx of talented transfers, the conference race promises to be competitive and interesting.

“This could be a great fall for us,” said Burnett. “That would help all of us, especially if we have success in the postseason.”

But will success on the field lead to success off it for the Southland remains the biggest question. 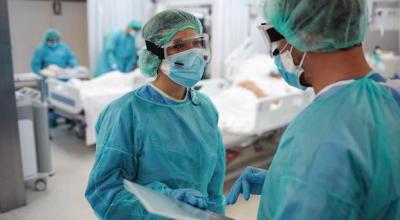 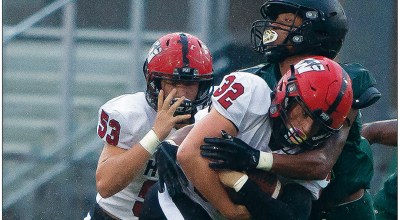