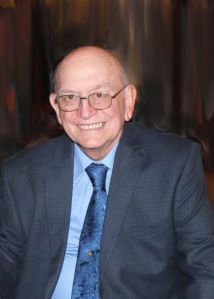 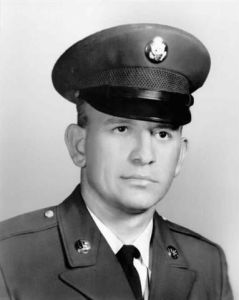 Born Aug. 21, 1943, to Axion and Hazel McGee of Lake Charles where he Lake Charles, La. where he lived until he was 4 years old.

At that age his life really began, in Mamou, La. For the next 8 years he was a Mamou Green Demon, where he walked to school 5 miles up hill in the snow (both ways). In the mornings before school, after school, and on weekends he worked picking cotton on his family’s farm. That is where he established the work ethic that would carry him through the rest of his life.

His family moved back to Lake Charles when he was 12. He was a proud LaGrange Gator and really loved his school. He loved it so much that he decided to stay two extra years and graduated in 1963. Upon graduating high school, he enrolled in Delgado College in New Orleans with dreams of being an Executive Chef and Baker. In 1965 he received an offer to study French culinary in Paris but his Uncle Sam had different plans and decided his talents were needed in Vietnam. Like the man he was raised to be, he didn’t whine, he didn’t complain, and didn’t say poor me. He packed his bags and boarded the plane. He spent the next two years in Vietnam as a Combat Medic in a trauma unit treating soldiers that were severely wounded in the war. He died without his family ever knowing the death and tragedy he survived, but they know it was more than any young man should ever experience. The Vietnam War also proved to be his demise in his later years. His exposure to Agent Orange caused health issues that would eventually be attributed to his death. But, as the VA should, they took great care of him his last 2 years of life, at the Veterans Home in Jennings, La. He was treated first class by their staff, their wonderful nurses, and at the end, the nurses of Louisiana Hospice and Palliative care, where he took his last breath surrounded by his family. God made sure he passed and was gone before shift change, before the stepson he never had, Nurse Travis Huckaby arrived to work. He knew neither of them wanted their relationship to end that way.

Upon returning home he married the love of his life and wife of 54 years, Faye Palermo McGee. Also, in 1967 he went to work at Cities Service (currently Citgo) where he was an operator for 37 years. His love for medicine didn’t die in Vietnam so he went to nursing school full time, worked full time, and raised three young boys. In 1976 his only daughter decided she needed to be born and put a kink in his plans. After three years of schooling, he made the hard decision to quit school and concentrate on his career and family. To say he concentrated on it is an understatement. He wasn’t just an employee, he lived and breathed Citgo. He was active in the Employees Club and a charter committee member of their wellness center. The evidence of his dedication was the many torturous bingos that he drug his family to. He didn’t go anywhere without his family. He retired from Citgo in 2004 and immediately started a second career at the Calcasieu Parish Sheriff’s Office. He didn’t do it for the money, he did it he ould he solely did it so he could embarrass his middle son and tell every compromising story about him that he could. He couldn’t help it, his biggest joy in the world was family, especially his 11 grandkids and one great grandkid. He didn’t miss a ball game, dance recital, play or anything they did. His second favorite sport was whatever sport his grandkids played. It didn’t matter if they played baseball, football, badminton or tiddlywinks, he was there and he knew more about it than you did. He retired from the Calcasieu Parish Sheriff’s Office in 2014.

He was a man of many hobbies: he was an avid Cajun chef, a baker of many beautiful wedding cakes, an avid weightlifter, and could lift iron with the best of them. He was a true “Man’s Man”. He enjoyed traveling and made several trips to Italy, Canada, and made the Little League World Series in 1992 in Williamsport, Pa. to watch local kids play. Years later the weightlifting would come in handy when he learned how much he loved pulling the arm of the slot machines. He enjoyed many great nights at the casino with his wife and youngest son.

His number one hobby, favorite sport, and love was baseball. He was a little league and high school umpire for over 40 years. He literally umpired games until he couldn’t walk anymore. He was dedicated to the trade and was responsible for developing many of the umpires you see today. He was the best umpire in the history of baseball and didn’t mind telling you that any chance he got. His claim to fame was he once threw Glenn Cecchini out of a game. It’s a tragedy that he won’t be around to remind him of that for the 1754th time when his youngest grandson plays for him this year. As an umpire, Deputy, and man, he was known as a strict rules follower. He drove under the speed limit, never ran a red light, couldn’t make him tell a lie, and was NEVER late to work. He was known to eat the center out of an Oreo before he ate the cookie, but that would be the extent of his rogue behavior.

He was a lifelong, catholic and member of Our Lady Queen of Heaven Church. In his later years a dedicated member of the Knights of Columbus of St. Martin de Porres Church where he enjoyed many events with his oldest son. They will need someone to step in his place and show them how to cook jambalaya and tell them that their fried fish is too soggy.

Four Goddaughters: Lisa Priola, Angie Coomer, Mary Moon, and Allison Martin. Brothers aren’t only biological, David “Zeb” Johnson, William “Bill” Turton, and Travis Hoffpauir were held as dear to him as any blood relative he had. David Demarie wasn’t just a son-inlaw; he was a fourth son in his eyes and always entertained his shenanigans.

He was preceded in death by his parents, brother, Bruce McGee, in-laws Joseph and Lena Palermo, sister-in-law, Jane Palermo Frazier, and brothers-in-law, Ronnie and Bobby Palermo,

Pallbearers will be his four grandsons, and nephew who was like his son, Michael Wayne Frazier; and first cousins, Neal Granger, Mitch Granger, and close friend Conrad Fuselier. First cousin, Terrel Fontenot and his two favorite CPSO co-workers James “Stump” Manuel and Brad Streams will be honorary Pallbearers.

Lastly, he is survived by the many people whose lives he touched with his huge heart, generous pockets, and big crooked smile. He was one of a kind and definitely lived a life you can hang your hat on!

Funeral services will be at 10:30 a.m. Thursday, Aug. 26, 2021, at St. Martin de Porres Catholic Church under the direction of Johnson Funeral Home. Father Keith Pellerin will officiate. Interment services with Military Honors will follow at the Southwest Louisiana Veterans Cemetery in Jennings. Visitation Wednesday will begin with a Rosary service at 3:30 p.m. and will continue from 4 p.m. until 8:30 p.m. with tributes in a Celebration of a Life service to begin at 6:30 p.m. at University Baptist Church. Visitation at University Baptist will continue Thursday from 8:30 a.m. until 10 a.m..