Change for the better: Rogers strikes path to HOF 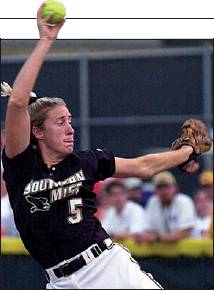 EDITOR’S NOTE: First in a series of stories about the eight inductees to be enshrined in the Louisiana Sports Hall of Fame on Aug. 28 in Natchitoches.

Having been the Southland Conference Pitcher and Player of the Year as she led Nicholls State to the 1998 SLC championship as a pitcher and hitter, the Baton Rouge product sought new goals.

Rogers created her own “change” and subsequently found her place in softball history.

She developed a changeup that baffled hitters during a record-setting run, lifting her new team, Southern Mississippi, to back-to-back Women’s College World Series.

“Courtney was already a very good pitcher and a tremendous athlete and competitor,” said Lu Harris-Champer, her college coach for a year at Nicholls and in both seasons at USM. “She had over 300 strikeouts two times (with the Colonels). Her work ethic and belief in herself and her teammates was always incredible.

“But the changeup … that was the difference. About three weeks into her junior year, we saw it the first time. And wow. She went from 300 strikeouts to 600 strikeouts. It was quite a ride for all of us.”

The accomplishments and numbers are undeniable. The National Softball Pitcher of the Year in 2000, Rogers won 95 of 115 games for USM in 1999-2000. Two decades later, an NCAA.com columnist ranked her among the top 11 major college softball pitchers of all time.

Until May, Rogers was the last pitcher to record a perfect game in the WCWS.

Rogers, who is in the Southern Miss Hall and Mississippi Sports halls of fame, will become the second college softball player to earn enshrinement in the Louisiana Sports Hall of Fame. She will join Louisiana-Lafayette All-American pitcher Kyla Hall Holas,

Rogers will be the lone woman in an 11-member 2021 induction class honored Aug. 28 in Natchitoches.

Ask Rogers about her career and she recalls memories, not individual accomplishments.

“To be honest with you, I never looked at myself and said, ‘Hey, I’m really good … not ever,’” Rogers said. “I just continued to work. Maybe my last year at Southern Miss, I looked at it and was pleased with what we had done.

“My approach was always this: it’s another game … spin the ball.”

Harris-Champer, who retired as head coach at Georgia after the WCWS in June, was Rogers’ coach in her freshman season at Nicholls. They reunited two years later at USM. The Golden Eagles were an unlikely success story worthy of a documentary all their own.

Equally compelling is Rogers’ story and its stunning parallels to the 2021 WCWS. Her daughter, Britton, was a freshman pitcher for Harris-Champer’s Georgia squad that made this year’s WCWS. There, Alabama ace Montana Fouts fashioned the first perfect game since Rogers twirled a 1-0 win over national power Arizona in 2000.

“We have group text for teammates and I think my text was ’21 outs and 21 years later,’” said Dalenah Rule, Rogers’ former Southern Miss teammate. “And to have Courtney there and then for the TV cameras to show her in the stands … it was awesome.”

WCWS viewers were riveted by James Madison pitcher Odicci Alexander. The story of how Alexander practiced pitching to a strike zone painted on a concrete wall by her grandfather became part of the WCWS lore in 2021.

Rogers did the same thing decades earlier. She played shortstop on a softball team her mother, Margaretta, coached as a 4-year-old and fell in love with the sport and became a pitcher by the time she was 10.

“I would pitch at home up against the wall because nobody wanted to catch for me,” Rogers recalls. “There would be marks in my front yard, broken windows and all that kind of stuff. At one point, I had a strike zone with a hole cut out. When the ball would go through the hole, it went into a bucket.

“I loved softball so much and wanted to play all the time. I was always moving my arm in a circular motion. I tell the players I coach today to do that too. But I also tell them to be careful and not break anything around the house.”

She coaches and manages an age-group softball program in the Houston area where her family moved four years ago. Her husband, Chad Rogers, is a former USM baseball pitcher.

Ben Guidry, a legendary fast-pitch coach in the Baton Rouge area, was Rogers’ first tutor. The walls of the clubhouse building at Guidry’s Patriots softball complex are filled with pictures of girls who earned college scholarships.

“You can collect a lot of trophies in a sport, but I consider them (pictures) to be my trophies,” Guidry said. “Courtney is one of them. Her accomplishments speak for themselves.”

As Rogers grew, so did her love for softball. She practiced twice a day, typically six days a week for her Denham Springs based age-group team, the Stingers.

Playing for Belaire High School added intangibles. Rogers was a four-time all-state selection and led her team to the Louisiana High School Athletic Association state tournament once while competing in Class 5A district.

“I remember Paula Lee. I love that woman,” Rogers said of her high school coach. “She was hard and obviously she was a basketball coach. But … there was a different expectation because of her.

“Coaching Courtney Blades was an experience from the time they played youth softball,” Lee said. “The ball breaks differently and it is tough for a lot of pitchers to adjust. But I think it worked for Courtney.”

There were growing pains that second season. Southern Miss made the trek west to play national power Arizona early in the season and struggled. People asked her boyfriend, now husband, “What’s wrong with Courtney?” before the team got back to Hattiesburg.

But the Golden Eagles went to work and evolved. Rogers finished 52-7 (an NCAA record for wins in a season) with that 1-0 perfect game win over an Arizona lineup that included Jennie Finch, the future Olympic star, as an infielder.

“We were not the same team that played Arizona early in the year and that made a difference,” Rogers said. “I knew I was good enough to beat them, but realistically knew nobody expected that.

“I still have a stomach ache to this day, when my (summer) team takes the field and when Britton pitches. But for me, that was just another game, which is who I am. I never made it bigger than it was.” 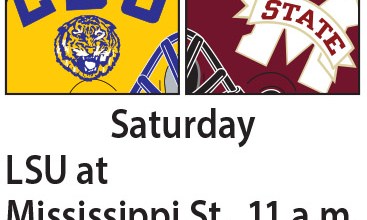 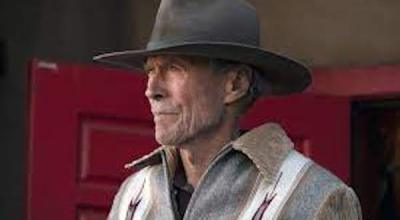