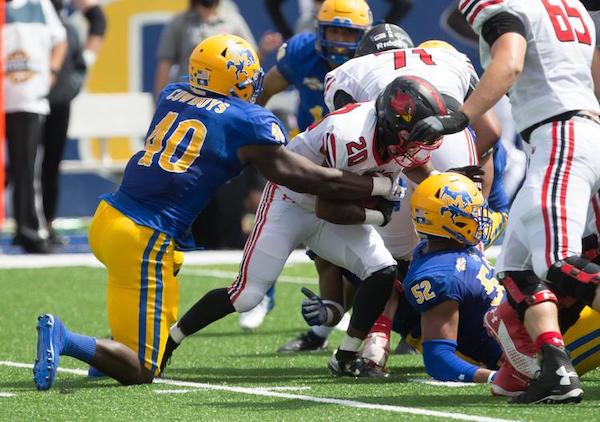 When Isaiah Chambers came to town he was just looking for a place to play football. He never imagined all he would have to go through to do just that.

Now, on the verge of finally getting a chance to play for McNeese State in the fall, the defensive end is reaping the rewards of his hard work and decision to stay through all troubles.

The reigning Southland Conference Defensive Player of the Year has been named to the State Perform FCS Preseason All-American team it was announced Monday.

Chambers, who lost everything he owned and his apartment during Hurricane Laura, never considered leaving McNeese after transferring from the University of Houston.

“This had become my home, my family,” Chambers said last year. “You don’t leave family.”

So he stayed and led the Cowboys with an All-American spring season, earning honors as the top defensive college player in all of Louisiana according to the state’s sports writers. That includes players from LSU and other FBS programs.

“He is a terrific football player,” McNeese head coach Frank Wilson said after Chambers led the Cowboys to a 3-4 spring season despite all the difficulties brought on by two hurricanes that took away almost all preseason team work.

“He really disrupts an offense. He is a big-time player.”

Chambers finished fourth in the spring when it came to voting for the prestigious Buck Buchanan Award as the nation’s top defensive player in all of FCS. He was named a consensus All-American.

In seven games the defensive end collected 7.5 sacs and 14 tackles for loss, raking him tops in the SLC and second in in FCS. He finished with 32 tackles and a team-high 11 quarterback hurries. He was also named the Southland Conference’s Defensive Player of the week twice.

“He is a stud,” said McNeese quarterback Cody Orgeron. “He comes to play every game, every practice. I’m glad I don’t have to face him in a game. He’s tough enough in practice.”

For Chambers it simple comes back to just playing football.

“I’m excited to be back and playing in the fall,” said Chambers. “I feel like when I’m playing my best, we play our best as a defense. I try to stay positive and lead by example. I don’t talk a lot but I try to lead our guys and show them that if they give their best efforts, great things will come.”

They have already started to come for Chambers. 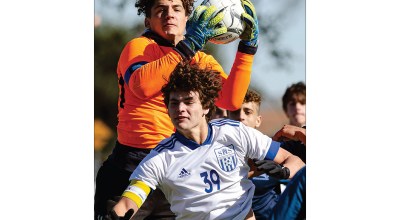