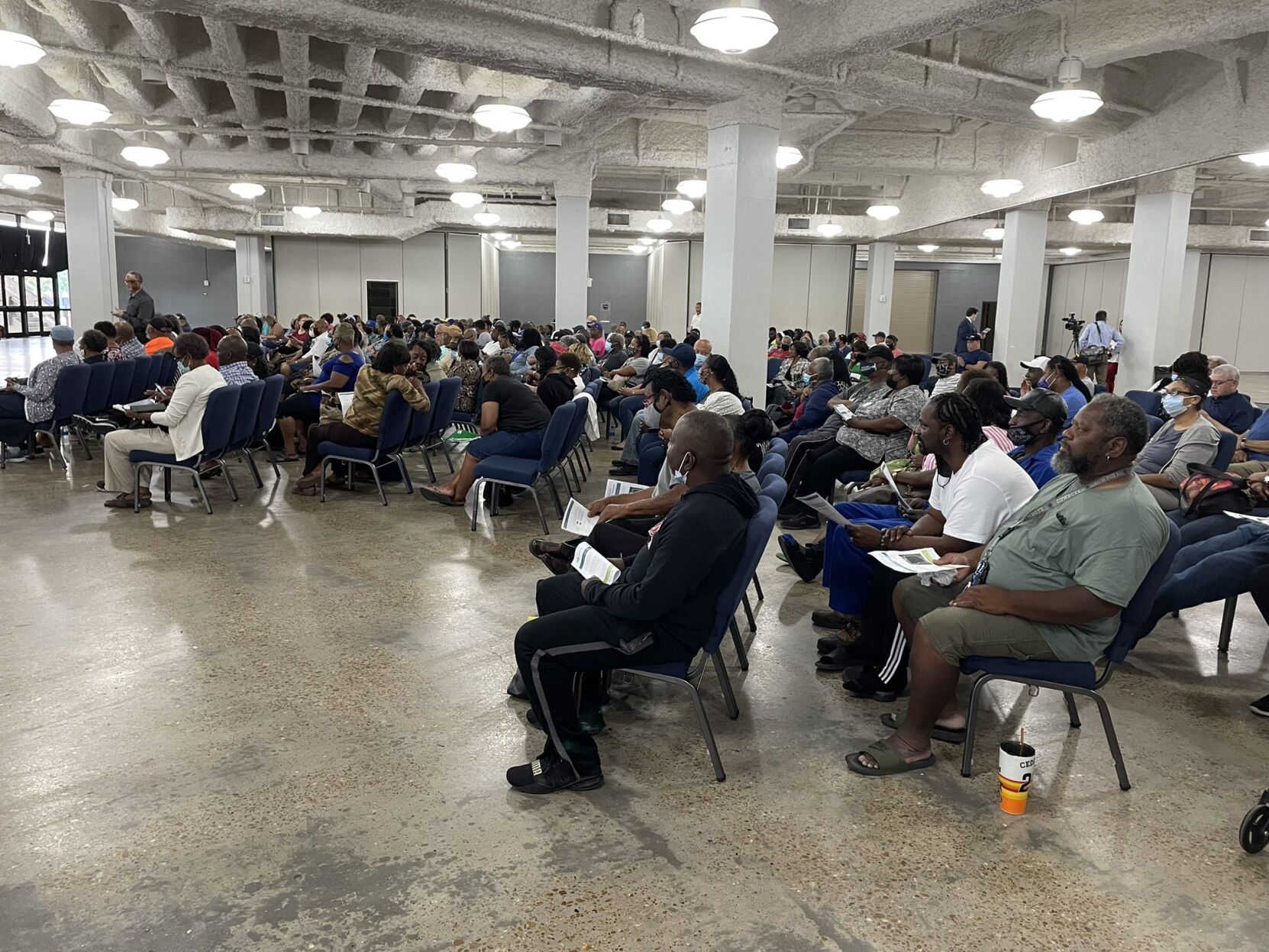 Some residents in Lake Charles’ flood-prone Greinwich Terrace neighborhood said the state’s $30 million voluntary buyout program isn’t offering enough money — especially for residents like Vera Bernard, who is retired and has already paid off her home.

Bernard, whose home has flooded five times since 1979, was one of hundreds of neighborhood residents who attended a series of two meetings at the Civic Center Tuesday on the buyout effort.

“We’re not looking for mortgages,” said Bernard, 69. “We’ve worked too hard for our homes. If they would try to offer us something comparable to where we can go and buy something else, it would be different.”

Stacey Horn Koch, director of housing for the Louisiana Office of Community Development, said the program is expected to help anywhere from 90-120 residents, roughly 20 percent of the 500 residents who live in Greinwich Terrace. All homeowners, property owners and landlords in the neighborhood can apply for the buyout, Koch said, with priority given to residents in areas with a higher flood risk.

Residents who are selected for the buyout can choose to get the fair market value of their home, or opt for the resilient housing incentive. The incentive offers $121 per square foot of gross living area, based on the size of the home and those living in it.

Derek Bellard has lived in Greinwich Terrace for 21 years. His home hasn’t flooded during that time, but his grandmother’s home, located close to Kayouche Coulee, has flooded five times. It was being remodeled after taking in water during Hurricane Delta last October, but that work was wiped out in the May 17 flood. Bellard’s grandmother has been in Houston since Hurricane Laura.

“I think it’s going to be a great program; I just think it needs to be tweaked a little bit,” Bellard said.

Bellard said the program should pay residents more money per square foot than what their homeowners insurance already pays. He also said it should be rolled out in sections, first addressing residents whose homes have flooded the most.

“If you’re going to invite everybody to the meeting, you should be able to have the funds to support everybody that’s there,” Bellard said. “I’m in phase three, so I may not even be involved in this.”

All award offers are final, and repairs to an existing home are not likely to increase an award, Koch said. Once an award is offered, residents have 30 days to decide whether to accept. An act of sale can occur in less than three months if a resident’s title is clear.

Koch said residents must move to another location once an act of sale is reached, but they aren’t required to buy a home immediately after. There is no timeline for residents to close on a home, she said. Residents can choose to buy a home outside Lake Charles or Louisiana. They can also use the buyout for a long-term rental.

Bernard said she and her husband, Charles, 73, don’t want to leave Greinwich Terrace. However, the uncertainty of a downpour causing another flood isn’t appealing. She said the water reached knee-level during the May flood.

“At this point with the flooding like it is, we’re liable to flood next week,” she said. “Every time it rains hard, we’ve got to leave. We do need help here.”

The application period for the buyout program is active from September to December, with award offers scheduled to be issued in the spring 2022. Closings will occur during the fall 2022, with the goal being to demolish bought out homes by the winter 2022.

During a public meeting at the Lake Charles Civic Center on Tuesday, residents learned the application period for the Greinwich Terrace neighborhood buyout program is active from September to December, with award offers scheduled to be issued in the spring 2022. Closings will occur during the fall 2022, with the goal being to demolish bought out homes by the winter 2022.