But, if this indeed is the final go-round for Mallard Cove as host of the Lake Charles Toyota city golf championship, it comes on a fitting anniversary of the event’s most electric moment.

Three-time city champion Phillip Hoffpauir will swear to you that he hasn’t made a long-distance putt since then.

But 1999 was the mother of all endings to the popular event.

The usual big crowd was following along helter skelter in carts and a larger crowd was circling the par-5 18th green to watch Billy Gabbert bring home a two-shot lead.

Gabbert played it safe, understandably, laying up and hitting the green with his third shot, while Hoffpauir barely reached the long green with his second.

The pin was way in the back, where Gabbert was lining up his 25-footer, when Hoffpauir struck his monster putt, just hoping to get it close.

Gabbert, consumed with his own putt, didn’t even pay attention to it until it hit the quarter-furlong post.

“It was dead in the hole when I looked up,” Gabbert said afterwards.

And then, shockingly to the folks greenside, it just disappeared.

It turned out to be a three-shot swing on the final hole to snatch the tournament trophy.

Gabbert was laughing at Hoffpauir when Hoffpauir tried to apologize for what he called “pure luck.”

Gabbert would have none of it.

“You tried to hit it in the hole and it went in the hole,” he told Hoffpauir. “That’s what you’re supposed to do.”

Later that night, long after Hoffpauir had departed, a few of the regulars were sitting around the old Mallard club house, arguing and speculating about how long that putt was.

A few wagers may have been made.

An industrial tape measure was produced and the merry gang relocated to the 18th green. Somebody — it may have been me — knew exactly where the putt started. I’d checked out the ball after Hoffpauir hit his second shot and remembered a discoloration on the edge of the green right next to it. Investigative journalism at its best.

So the tape measure was stretched out — it came to 64 feet, 3 inches.

My story the next day theorized that such a ridiculous golf moment might make Gabbert give up the sport for good.

That didn’t happen. He didn’t even need therapy. He won the tournament three of the next four years and has seven trophies.

Of course, that’s just the second-most memorable moment of all the past city tournaments.

Not surprisingly, for the most entertaining, you have to dig down into the higher flights where the real, true-to-life stories reside.

Frankly, I can’t remember the tournament year, but of course it involved Earl Rozas, long one of the more delightful and colorful characters at Mallard Cove.

Anyway, Earl was in one of the early groups of the morning when they arrived at the par-3 No. 11.

As customary for a par-3, it had a separate “closest-to-the-hole” competition each day of the tournament.

Only a few groups had played the hole at the time, and Earl put a shot on the green. No one had marked an entry for closest to the hole so his playing partners told him he ought to go ahead and measure it.

It turned out to be 26 feet. Not likely to hold up, but what the hey.

Instead of writing 26 feet on the recording sheet, Earl innocently wrote 26 inches — inches instead of feet.

Group after group followed, with many hitting it much closer than 26 feet, but not bothering to measure their efforts after seeing Earl’s 26-inch handiwork.

It was well into the afternoon, with Earl long finished his round, enjoying a beer or two and watching the lower handicap golfers make the turn when he started getting congratulations on his closest shot that just might hold up.

It puzzled him, of course, surprised that 26 feet was holding up. When the term “26 inches” was mentioned, he quickly confessed and cleared things up with the proper officials.

As word of the mishap spread, fortunately Earl, a firefighter by trade, was one of the more likeable and popular golfers at Mallard.

So it was hard for anybody to get mad at him. Instead, he got a lot of ribbing and took it all in stride.

It was the talk of the big groups who always follow the last groups on the final day.

Former policeman Jimmy Gwatney sauntered by the No. 10 tee box where Earl was sitting and watching the championship flight come by.

Gwatney looked down at his fellow civil servant.

“It’s a wonder this whole (darn) town hasn’t burned down.” 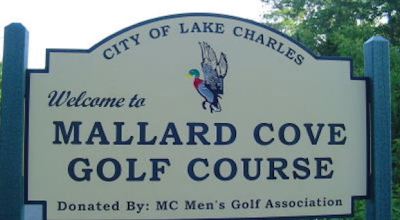 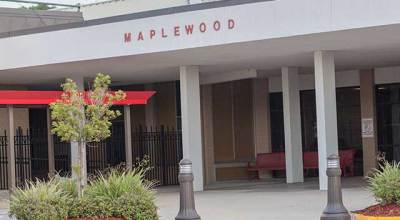 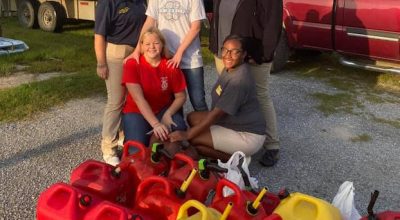