Two weeks after the reveal of Abraham’s Tent’s new facility, Lake Charles is left with a renewed mission of which to be proud.

The unveiling of the new building signified the end of a journey, which included the raising of more than $1 million and over a year’s worth of construction. Much of the success of Abraham’s Tent is because of Pearl Cole, executive director.

While Cole knew relatively what to expect throughout the morning’s ceremony, she was surprised by one of the event’s smaller moments. A sign was revealed that showed the building had been officially named after her.

“This isn’t a new journey; it’s a continued journey,” Cole has said. “Because of the economy and the idea that people might not be able to give, people were fearful about this place. I knew I could rest easier at night because all of this is in God’s hands.”

The new building, which is just up the road from the previous location, is an upgrade for Cole, Abraham’s Tent and all of the people it serves. Cole has rallied the community behind the cause, serving thousands of meals a year to Lake Charles’ hungry.

The building’s new namesake is well deserved. She has committed her life to others, often greeting people at their lowest with a smile.

Mayor Randy Roach said at the ribbon cutting that the community is an important reason behind what makes endeavors like Abraham’s Tent successful.

Countless fundraisers throughout the year are held by organizations like Sportsmen for the Hungry and the annual Camp Out for a Cause by KYKZ.

“I can’t do this without the community’s support,” Cole said Monday.

The community believes in Abraham’s Tent and Cole’s good leadership is greatly validated by the non-profit’s good reputation. Abraham’s Tent serves about 250 people each day with 62,000 meals served annually. It is a true testament to the morals of this region that no one going hungry is a priority.(Rick Hickman/American Press) 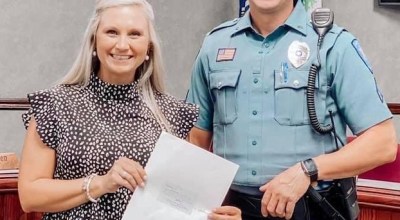 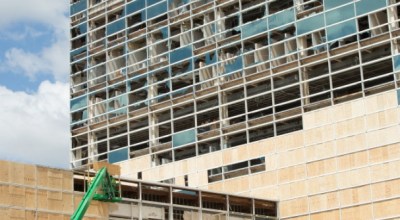