WESTLAKE — Area children and teens packed the Managan Recreation Center gym on Saturday for the Running of the Bullies Rally, where guest speakers stressed the importance of recognizing and preventing bullying.

In the hours before the rally, students and adults participated in a 3k Fun Run. During the run, students engaged in a series of exercises designed to promote character building, said Trista Ledet Ames, event organizer and founder of the I Am Gracious mentoring organization.

“Some of the young girls I mentor have talked about being bullied,” Ames said. “We wanted to raise community awareness on the subject so people can get tips on what they can do to stop bullying in our community.”

Johnson encouraged students attending the rally to be aware of their feelings and to have the courage to share those feelings with others.

“There’s nothing wrong with asking for help,” Johnson said. “Cole had so many goals, dreams and aspirations like many of you still do. … Don’t make the same mistake as Cole — a mistake that can never be erased.”

Calcasieu Parish Sheriff’s Deputy Desmond Wallace urged students to avoid being bystanders when they observe bullying, and to help prevent and stop bullying in their schools.

“A bully is someone who uses their power or strength to control other people,” he said.

Wallace, an officer in the youth and DARE division, told students that they are not powerless to prevent bullying, and outlined steps they can take when they see or suspect bullying. Sometimes simply telling an adult about the bullying or being a friend to a bullying victim can help prevent the tragic consequences that often flow from bullying, Wallace said.

“Whenever you take a stand, you may save somebody’s life. … You don’t know what’s going on in (the victim’s) mind,” Wallace said.

After Wallace’s presentation, students signed a poster pledging to take a stand against bullying in their schools.

Ames said she hopes the event helped students understand what it is like to be bullied, and that they have the tools to safely take a stand against bullying in the future. 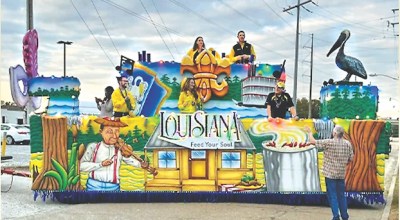